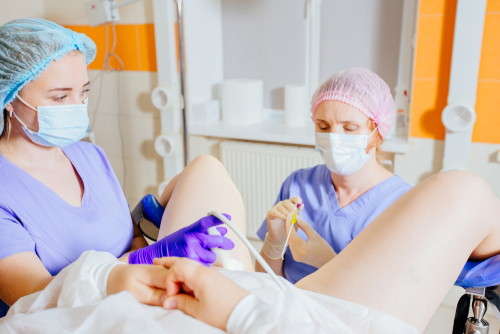 A study of all embryo transfers performed in the USA in 2014-2016 shows that non-adherence to guidelines in favour of single blastocyst transfer in good prognosis patients was associated with ‘dramatically increased’ rates of multiple pregnancy, preterm birth and low birth weight.

The wisdom of elective single embryo transfer in good prognosis IVF patients – as well as the guidelines in its support – has been underlined by a comprehensive study of more than 30,000 US cycles reported to SART during 2014-2016.(1) The study’s aim was to assess the differences in outcome between those cycles adhering to ASRM guidelines for good prognosis patients and those which didn’t. Those guidelines, with regular updates since 2006, have consistently recommended that patients under 35 years with a favourable prognosis (defined as a first cycle of IVF, with good embryo quality, excess embryos available for cryopreservation, and previous successful IVF treatment) receive no more than one blastocyst.(2) The aim of ASRM the guidance was ‘to maximize the probability of pregnancy while minimizing the risk of a multiple gestation’.

The eligibility criteria for this study were strict, requiring compliance with all definitions for ‘good prognosis’ (a first transfer, age <35 years, good quality blastocyst and excess embryos available); all identifiable poor prognosis patients were excluded from the study as well as those with even one or two of the favourable criteria identified.

The first conclusion from the analysis was that – in 2014-2016 at least – non-adherence to the guidelines was ‘widespread’, with more than 40% of good prognosis patients receiving more than one blastocyst. The data were analysed in three patient groups – those having fresh autologous, frozen-thawed autologous or fresh donor oocyte treatments. The authors acknowledge that non-adherence to guidelines ‘does not necessarily imply inappropriate medical decision-making’ in all cases, and that guidelines are intended to ‘guide’ rather than ‘dictate’ care. But they still conclude that only ‘a select minority’ of them may actually be ‘plausible candidates’ for non-adherence.

The second conclusion – as expected – was a far higher rate of singleton births in the non-SET fresh transfer cohort (38% vs 97%), with more complications in outcome (preterm delivery 55% vs 20%, low birth weight (40% vs 11%) than in those after eSET. Rates were found similar for the frozen-thawed transfers and following fresh egg donation treatments. In their conclusions, the authors described the rates of complications in the non-SET cycles as ‘dramatically increased’.

They note that the SART registry data is unable to provide an explanation for non-adherence to the guidelines, but suggest that patient pressure to achieve a pregnancy, an underestimation by patients of the risks of multiple pregnancy, and a financial incentive to avoid further treatments may all play a role.

Guidelines, of course, are not legislation, but it’s clear that in some jurisdictions multiple delivery rates have been substantially reduced in recent years by professional recommendation. A statement from the UK’s regulator this year announced a multiple birth rate of just 6% in 2019 (and 5% in under 35s), following the introduction of a ‘one at a time’ campaign in 2007. This reduction in multiple births, said the HFEA, ‘has been a huge public policy success’, and not dependent on legislation. The latest registry data from Australia reported an annual multiple birth rate of 2.9% in 2019, with an eSET rate of almost 92%, figures described as ‘unprecedented’ by the Fertility Society of Australia.(3)

Despite the high rates of multiple deliveries in the USA in 2014-2016, there have nevertheless been some improvements since 2011-2012, when rates of more than 70% were reported five years after the first ASRM guidance. Yet even in this latest analysis results showed that almost all multiple gestations leading to a live birth in the fresh cohort (96%) were a consequence of non-SET, suggesting that non-eSET was also responsible for a large share of obstetric morbidity.

But the most telling finding from the study was the modest gain from transferring more than one blastocyst. In the three treatment groups (fresh autologous, frozen-thawed autologous and fresh donor cycles) and in terms of adjusted absolute difference the LBRs were just 9%, 6%, and 12% higher. And according to an accompanying editorial in Fertility and Sterility, ‘this gain was far less than what would have been expected if the excess embryos had been cryopreserved and transferred in a subsequent cycle’.(4) Such cumulative results, notes the editorial author Thomas D’Hooghe, a former co-ordinator of ESHRE’s SIG Endometriosis & Endometrium, have been well demonstrated in RCTs of eSET and double embryo transfer and in registry data studies.(5,6)

Five years is a long time in reproductive medicine and one assumes that uptake of eSET in the USA will have increased since the data submissions for this study. In the UK HFEA data indicate that 55% of all transfers were with single embryos in 2015, yet by 2019 this proportion had risen to 75%. Similarly, preliminary data presented by ESHRE’s EIM Consortium at last year’s online annual meeting (data for 2017) showed that the proportion of SETs in European IVF/ICSI increased from under 40% in 2014 to around 50% in 2017.

Although there must have been a positive change in the uptake of eSET in the USA (and indeed in Europe and elsewhere) since 2014-2016, the authors of this study contemplate how adherence to the ASRM guidelines might be improved, noting that ‘outreach efforts’ from professional societies and a public listing of adherence rates may play a role. D’Hooghe, however, sees the study result as ‘an opportunity’ for improvement and lists five suggestions, ranging from education (patients and staff), to financial responsibility (costs related to multiple pregnancies) and the application of a model now seen in Belgium in which cost reimbursement (state or insurance) depends on adherence to a policy of eSET in patient groups with good prognosis.