Continuing decline in global fertility rate calculated to the end of the century.

A new complex modelling study forecasts steep declines in total fertility rate by the end of this century, with most of 195 countries analysed unable to maintain their population levels.

A new population forecast to the end of the century predicts that almost all countries will experience ‘dramatic’ declines in total fertility rates such that their current population levels cannot be maintained. Findings from a modelling study published by The Lancet indicate that better access to contraception and the improved education of girls and women are now generating widespread and sustained declines in fertility.(1) Population will likely peak in 2064 at around 9.7 billion, and thereafter begin a decline to century’s end to levels now calculated to be 2 billion lower than recent estimates. These forecasts, for example, are in stark contrast to projections of 'continuing global growth' recently calculated by the UN Population Division.(2)

This new study, from the Institute for Health Metrics and Evaluation at the University of Washington, USA, and funded by the Bill and Melinda Gates Foundation, now estimates that by the close of this century 183 of 195 countries will have total fertility rates below the replacement level of 2.1 births per woman. Indeed, 23 countries will see populations shrink by more than 50%, while total global fertility rate is projected to decline from 2.37 in 2017 to 1.55 in 2100. Many of the fastest-shrinking populations will be in Asia and Europe. Populations are expected to more than halve in many countries, including Japan (from around 128 million in 2017 to 60 million in 2100), Thailand (71 to 35 million), Spain (46 to 23 million), Italy (61 to 31 million), Portugal (11 to 5 million), and South Korea (53 to 27 million). An additional 34 countries are expected to have population declines of 25-50%, including China (1.4 billion in 2017 to 732 million in 2100).

Such trends, the study adds, will also predict huge shifts in global age distributions, with an estimated 2.37 billion people over 65 years worldwide in 2100 compared with 1.7 billion under 20 years. This, say the authors, will underscore ‘the need for liberal immigration policies in countries with significantly declining working age populations’. Thus, according to Christopher Murray who led the research, the study ‘provides governments of all countries an opportunity to start rethinking their policies on migration, workforces and economic development to address the challenges presented by demographic change’. Indeed, the model predicts that some countries with fertility rates below replacement level, such as the USA, Australia and Canada, will probably only maintain their working-age populations through net immigration.

An accompanying commentary in The Lancet confirms that the study’s projected decline in world population is attributed solely to a fall in total fertility rate, with migration forecast to determine the distribution of populations (not total numbers). Similarly, wars, natural disasters and climate change were factored into this highly complex model as causes of forced population displacement. The commentary adds that if the study’s predictions ‘are even half accurate, migration will become a necessity for all nations and not an option’.

Forecasts of such huge population change, which will also prompt shifts in global economic power and influence, seem far beyond the scope of mere population policies at a local level. National ‘pronatalist’ efforts to improve domestic fertility rates – with tax and childcare incentives, and even generous state-supported IVF programmes – have had only modest successes at best. Indeed, the latest global estimates (presented online at ESHRE’s annual meeting in July) still show that ART availability in most countries lies well below the 1500 cycles per million population thought likely to meet an infertility need. In China, for example, which now accounts by far for the world’s greatest number of ART cycles, availability in 2016 was 657 cycles per million population, with ART infants representing 1.57% of total births. Elsewhere in the world global estimates of availability were 430 cycles per million population, and 0.39% of all babies born. In Europe only Belgium, Czech Republic, Denmark, Norway and Slovenia were providing cycle rates above the 1500 ART cycles per million thought to represent global need.

If such pronatalist policies do not yield sufficient increases in birth rates – as they seem not to have done so far - this latest study concludes that the ‘optimal strategy for economic
growth, fiscal stability, and geopolitical security is liberal
immigration with effective assimilation into these
societies’. 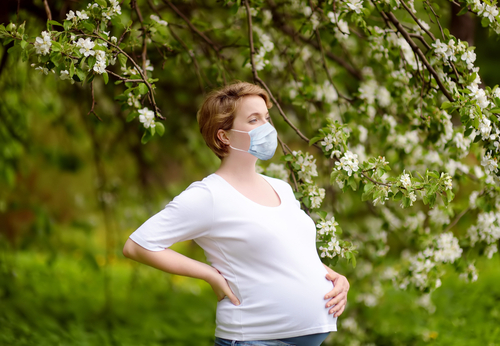