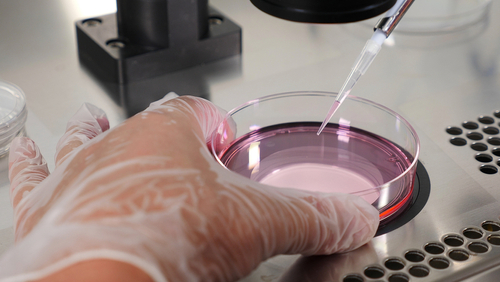 A new registry study of more than 170,000 IVF/ICSI cycles finds highest live birth rates among high and normal responders, but the ‘benefit’ comes with a suggestion of greater risks; authors call for policy review to reduce the number of oocytes retrieved in IVF

The correlation between live birth rate and the number eggs retrieved in an IVF/ICSI cycle has long been a source of debate. Indeed, it is now more than a decade since publication of the landmark paper of Sunkara et al, which found LBR heading north as the number of eggs retrieved increased (to a plateau of 15), though with additional dependence on the age of the woman.(1) The findings, said the authors, suggested ‘that the number of eggs in IVF is a robust surrogate outcome for clinical success’, with around 15 cited as the ideal maximum. Since then, these fresh cycle results have been extended to FETs and cumulative LBR, with a similar correlation found with oocyte yield.(2) However, one study based on six years registry data from Australia/New Zealand found that, while the number of oocytes retrieved remained a significant predictor (P<0.001) of cumulative LBR per aspiration, results were greatly modified according to female patient age.(3)

Now, a new study, based like many on a large slice of registry data and this time said to be the largest non-donor cycle data pool, has also found LBR directly associated with the number of oocytes retrieved per cycle, with the highest overall success rate (35%) just found when 16-25 oocytes were retrieved.(4)

The study data once again came from the UK’s statutory regulator (as did Sunkara’s in 2011) and provided information from 173,341 cycles on the number of fresh oocytes retrieved and embryos obtained, transferred and stored during the treatment period 2015–2018 either in fresh or frozen cycles. The primary outcome was live birth per cycle, but additionally the data were assessed for multiple pregnancy, thereby adding apparent risk to success rate in a large population database.

However, in what is thought to be the first such study to correlate oocyte number with LBR and multiple pregnancy, the latter rate remained similar between the low responders (9.2%), the normal responders (11.4%) and high responders (11.3%) but were judged to be ‘high levels’ by the authors, who appeared to explain this trend by the ‘less likely’ practice of SET. This explanation, however, seems to beg the question of how oocyte yield came to be correlated with multiple pregnancy rate, when the report carried no details of how many embryos were transferred, nor of cumulative LBRs.

A recent study of SART data has also analysed the association between the total number of oocytes collected and pregnancy outcomes - though in a first fresh IVF cycle with single blastocyst transfer - and found that the chances of live birth increased significantly with every additional fertilised oocyte up to nine, but declined after that.(5) The odds were 8% higher for each additional oocyte up to nine and declined by 9% for every additional oocyte after nine. These odds ratios were statistically significant and, said the authors, supported evidence for milder stimulation in cycles 'planning a fresh IVF transfer to achieve a target level of approximately nine fertilized oocytes'. However, this study, like the latest, drew no conclusion on the risk of OHSS associated with available oocytes (as indicated in the Sunkara et al study), nor on cumulative live birth rates, which in the European study cited above continued to rise with more eggs and no plateau in sight.(2) Similarly, a subsequent study based on SART data did consider cumulative LBR found that the latter increased rapidly with number of oocytes retrieved to approximately 16-20, at which point it continued to increase but with diminishing returns.(6)

Do the latest results bring us any nearer to resolving the debate on oocyte number? The simple conclusion from this study is that 16-25 eggs collected per cycle marginally represents the best chance of live birth, but this bare statistic fails to recognise the possibility of a higher multiple pregnancy rate inexplicably found in the results and reported without data on embryo transfer. Thus, despite the higher LBR ‘correlated’ with greater oocyte yield, the authors advise against a stimulation regimen which increases egg number beyond the 15-oocyte level – and which according to them may increase the risk of OHSS and even multiple pregnancy. Indeed, when considered from a perspective of clinical and cost efficiency, the authors propose that (with adequate semen analysis) ‘milder stimulation protocols or less risky and cost effective IUI cycles should be the primary therapeutic approach’.

While oocyte number in fresh and frozen IVF/ICSI cycles remains a matter of discussion, even more pressing in an age of egg banking is the number of oocytes offering the best chance of success in egg donation and elective egg freezing cycles. A study from Ana Cobo and colleagues in Spain of 1400 women having egg freezing (for various reasons, including age) also found that the probability of live birth increased progressively according to the number of oocytes vitrified.(7) The increase was found to be rapid until oocyte numbers reached 10-12, and slower from the 20th onwards. However, the age at which the eggs are frozen has also emerged as an important variable. Similarly, a study which modelled the likelihood of live birth based on outcomes in 520 egg-freezing patients in the USA found that a 35-year-old woman with ten eggs has a 69% chance of a baby, but two years later, at age 37, that chance had reduced to 50% - and so on with ever declining likelihood.(8)