Omega-3 supplements such as docosahexaenoic acid (DHA) and fish oils may represent a ‘feasible and inexpensive’ approach to boosting fertility, according to the first study to analyse their impact in women attempting to conceive naturally.(1)

Based on data from 900 participants and 2510 menstrual cycles, the findings show that the odds of conceiving are one-and-a-half times greater among women who supplement their diet with this polyunsaturated fatty acid than those who don’t. The results are from self-reported use and are not dose-specific; nevertheless they provide evidence for omega-3 in enhancing the chance of spontaneous conception.

Multiple studies have shown an association between intake of this essential fat and an increased probability of pregnancy following IVF in, for example, improved embryo quality. However, the evidence in natural fertility is lacking, conflicting and based on dietary intake (not supplementation). On this basis, the authors of this latest study set out to test the hypothesis that omega-3 supplementation would increase the probability of conception for a woman with no history of infertility.

The study was based on a secondary data analysis of Time to Conceive, a prospective, a US time-to-pregnancy cohort study from 2008 to December 2015. Aged 30-44 years, the participants had been trying to conceive for less than three months; the majority had regular periods and no history of smoking; and nearly half had been pregnant before.

At enrolment, women provided information on medical and reproductive history, lifestyle habits (eg, frequency of intercourse and alcohol intake), and medication intake; and answered monthly questionnaires about exercise. While attempting to conceive, women completed daily diaries (for up to 4 months) on menstrual cycle events and intercourse; and reported the brand name of their vitamin/supplement/medication daily via a database.

A woman’s estimated pregnancy attempt cycle was determined from when she started trying to conceive (not from enrolment) with conception determined by a standard pregnancy test. Omega-3 supplement-exposed cycles were defined as those when a woman consumed these supplements on 20% or more days in a given cycle. The authors estimated the percentage of a menstrual cycle that featured omega-3 fatty acid supplement use as follows: they calculated how many days a woman reported taking supplements then divided this figure by the number of days (during that menstrual cycle) that she recorded data in the daily diary.

The findings showed that 113 women took omega-3 supplements of whom the vast majority (n = 111) also took a prenatal vitamin/multivitamin (eg, flaxseed oil and fish oil), and 333 took a prenatal vitamin/multivitamin only (not omega-3). Omega-3 supplements were taken for at least half of the cycle in over 80% of cycles. No difference existed between groups in intercourse frequency/timing, with no significant change in pattern of supplement use over 3-4 cycles.

Women taking omega-3 supplements were significantly more likely to conceive (n = 96 out of 113, or 84.96%) vs those not using them (n = 409 out of 787, or 51.97%; P<0.001). Omega-3 supplement intake on at least 20% of menstrual cycle days was associated with approximately twice the probability of conception. After adjustment, only prenatal/multivitamin use significantly reduced this estimate: the association was 1.5 times (95% CI 1.12- 2.04) the probability of conception compared with those not taking supplements.

A secondary outcome measure was probability of natural conception and measured omega-3 fatty acid blood serum concentrations from supplement intake. This followed on from a smaller study by the authors based on 200 women which found no link.(2) In this current study, serum concentrations of alpha-lipoic acid (ALA) did not correlate with omega-3 supplement use, and association was weak with EPA (eicosapentaenoic acid) and DHA serum concentrations. One possible explanation, say the authors, for this apparent contradiction with the overall link with fecundity could be that concentration of omega-3 fatty acids in adipose tissue is a better marker of dietary intake.

Potential limitations noted for this study included the fact that women who use omega-3 supplements may be more health conscious than others (women taking omega-3s were more likely to be younger, thinner, nulligravid and taking multivitamins than women not taking omega-3s), strict quality controls do not apply to omega-3 products, and the older cohort may not be generalisable to younger women.

What is unclear still is how exactly omega-3s influence human fertility, a reason the authors say for further additional cohort studies and (ideally) randomised controlled trials to investigate. 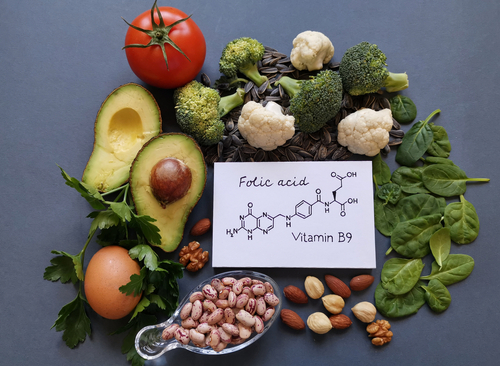