Despite reports of healthy deliveries following the transfer of mosaic blastocysts, a new review describes chromosomal mosaicism as a perpetual diagnostic and clinical dilemma in PGT-A. A recent case report of mosaicism in a newborn adds further caution.

In 2015 a letter to the New England Journal of Medicine added a yet another chapter to the already tortuous saga of PGT-A. The letter, from the group of Francesco Fiorentino in Rome, briefly described the delivery of six healthy babies from a small series of 18 women in whom embryo screening had found no chromosomally normal embryos.(1) Up to this point mosaic embryos were not usually transferred in IVF because they, like all other aneuploid embryos, were considered abnormal. Even in their NEJM letter, the Rome investigators noted that 'it is reasonable to assume that mosaicism reduces the likelihood of success of IVF'.

Now, five years later and at a time when the chromosomal testing technology is even more sensitive, a new review still describes mosaicism as 'a perpetual diagnostic and clinical dilemma in the context of PGT-A', and whose greater frequency of detection has raised an even greater 'unsettling uncertainty' for embryo selection.(2) 'Given that PGT-A relies on the chromosomal constitution of the biopsied cells being representative of the entire embryo,' the reviewers write, 'the presence of mosaicism may potentially lead to incorrect classification, undermining the principal strategy of improved embryo selection.'

Also 'challenging,' add the authors, is even calculating the true prevalence of mosaicism (within a cohort of blastocysts or in a single blastocyst) identified from a single trophectoderm biopsy. Studies suggest that the distribution of abnormal cells within the biopsied tropehectoderm is not always uniform, and cannot therefore reflect the true chromosomal constitution of the blastocyst. 'Accordingly,' the review concludes, 'estimating the precise degree and prevalence of mosaicism based on a single biopsy remains conceptually unachievable.' Thus, the prevalence of mosaicism in trophectoderm biopsies has been reported over a wide range - especially with next generation sequencing - and with high variation between centres. The recently published STAR trial evaluating PGT-A with NGS reported mosaicism in 17% of all blastocysts analysed.(3)

What now makes these uncertainties even more acute is the possibility that some mosaic blastocysts - as the NEJM letter reported in 2015 - may well implant and develop as a viable pregnancy. A 'conservative approach' to this challenge, propose the Update reviewers, might be 'to classify all mosaic embryos as clinically unsuitable', but this of course would reduce the potential chance of pregnancy for the patient. What the reviewers suggest, therefore, as a more realistic approach is the definition of a third diagnostic category in PGT-A in addition to euploid and aneuploid. Transfer of some of these mosaic blastocysts will achieve pregnancy, they write, and 'treatment outcomes will be compromised by their exclusion'.

As studies on the outcome of mosaic transfers have implied, mosaic blastocysts do appear to be associated with higher rates of miscarriage than euploid. Studies have also found lower rates of implantation and live birth in mosaic transfers. One study showed that blastocysts with single mosaic segmental aneuploidies fared better than all other types, as did mosaic blastocysts derived from oocytes retrieved at young maternal ages (≤34 years).(4) Fiorentino's group in Rome later showed that the transfers of mosaic embryos with a high percentage of chromosomally abnormal cells (≥50%) resulted in a relatively low live birth rate, while those with a lower aneuploidy percentage (<50%) resulted in a higher live birth rate. Speaking to ESHRE at the time, Fiorentino proposed that mosaic embryos may now be considered a 'distinct category' in terms of potential to implant and develop. 'Euploid embryos have a higher implantation potential than mosaic embryos,' he said, 'and because of this we suggest that mosaic embryos should only be transferred in women with no euploid embryos available.'

So how can it be that an embryo formerly discarded as abnormal can actually develop into a viable pregnancy if transferred? One explanation for this 'self-correction' has been the natural apoptosis of abnormal cells, but, say the Update reviewers, finding direct evidence for any corrective mechanisms during early human development is 'exceptionally difficult'. It may be, they suggest, that trophectoderm mosaicism may even be a normal feature of early embryonic development, reflected every day in spontaneous pregnancy and healthy delivery.

Data thus far available to the reviewers have indicated that live births following the transfer of mosaic blastocysts have normal karyotypes. However, a single case report from Turkey published after the Update review has now described the birth of a baby with mosaicism following the transfer of an embryo with known mosaicism.(5) The authors note that 'in over 500 studies on mosaicism, there have been no reports of mosaicism in babies born following the transfer of mosaic embryos'; this is the first. They explain that the patient, a 39-year-old woman with diminished ovarian reserve, had only one blastocyst available for testing, which showed 35% mosaicism of monosomy for chromosome 2. The implanted blastocyst showed normal fetal growth and resulted in the birth of a healthy baby girl at 37 weeks - with 2% mosaic monosomy 2 in her karyotype. By way of comment on the case, the authors note that 'it is still not known to what extent mosaicism in trophectoderm cells reflects true fetal mosaicism', and advise 'close prenatal monitoring and diagnosis by early amniocentesis, preferably at >14 weeks gestation'. The transfer of mosaic monosomic embryos must still be approached carefully, they add.

* The Human Reproduction Update review of chromosomal mosaicism is the subject of ESHRE's journal club meeting taking place via Twitter on 24-26 April. 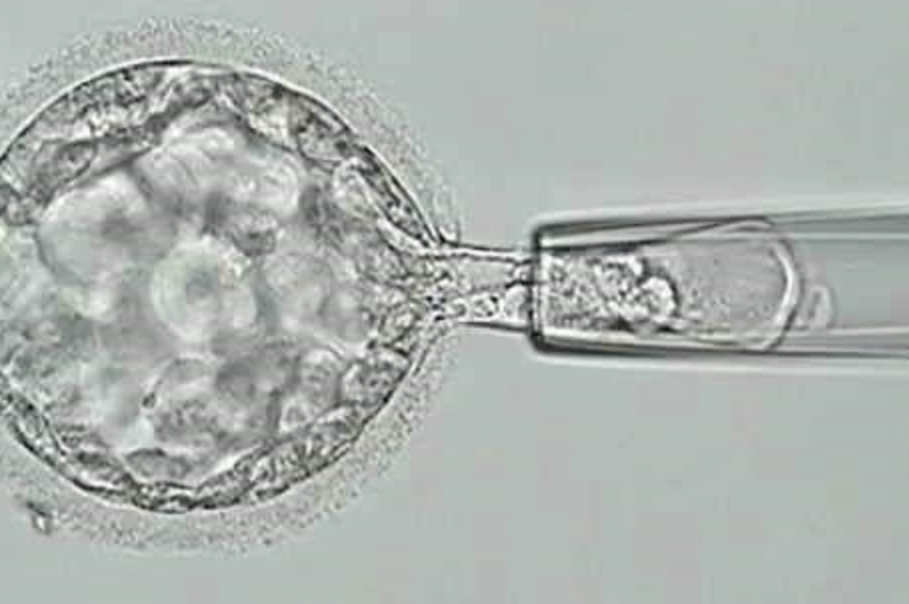 Still no clear views on the transfer of mosaic embryos