Age at menopause: number of births has only limited effect from interrupted ovulation 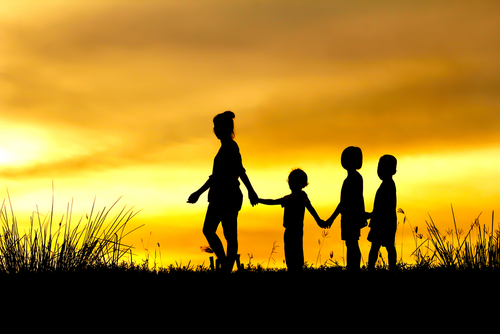 Age at menopause seemed linked to three childbirths in a large population study from Norway, but the association was not exntended beyond three.

A large population study has found that having three childbirths is associated with an older age at menopause – and none with a lower age – but there were no further effects beyond three. The results question the assumption that interrupted ovulation during pregnancy delays menopause.

Finite female fertility seems one of life’s inequities. However, the age at which the reserve of ovarian follicles reaches the point of exhaustion varies widely, with many factors thought to influence the timing of the menopause. Maternal genes, irregular menstrual cycles, early menarche, oral contraceptive use, and lifestyle are just some of those on the list. And now there are medical procedures, such as ovarian tissue freezing, designed to extend female fertility by effectively extending the menopause.

While biological factors behind menopause timing are still poorly understood, a long-held and common assumption has been that the more children a woman has, the later her periods stop, a concept based on the theory that pregnancy suppresses follicle deterioration by interrupting ovulation.

However, results from a retrospective population study of more than 300,000 women, believed to be the largest of its kind, now challenges this ‘oocyte sparing’ hypothesis.(1) Reviewing the registry data, a group from Akershus University Hospital in Norway did indeed find that women with three childbirths had the oldest age at menopause (51.36 years) and those with none were the youngest (50.55 years). However, the analysis estimated no further increase in menopause age beyond three children, which the authors say indicates that the rate of follicle atresia is ‘independent of number of childbirths’. And add: ‘If pregnancies truly delay menopause, one would expect that women with the highest number of childbirths had the highest age at menopause.’

Until now, they propose, knowledge on the link between numbers of childbirths and natural menopause age has been based on underpowered and contradictory research. Several studies have concluded that women with two childbirths reached menopause later than women with no or one childbirth, the most recent being a systematic review and meta-analysis.(2) A Chinese study found an earlier menopause in women with three or more childbirths vs two, while a US study concluded that an early menopause risk from three births was similar to that from four.(3,4)

The Norwegian researchers based their findings on national data from 310,147 women aged 40 to 69 (born between 1936 to 1966) all of whom had attended a population-based screening programme for breast cancer with additional questions in reproductive, menstruation and gynaecological surgery history.

Adjustments were made for confounders associated with number of childbirths, including women’s year of birth, cigarette smoking, educational level, oral contraceptive use and BMI. Age at natural menopause was based on the age at which the woman said she had her last menstrual period, and number of childbirths was defined as pregnancies lasting longer than six months. The findings show that 64.4% had undergone natural menopause at the time of data collection and the average number of childbirths was 2.2. A minority (32,065) had more than three children, including some (1962) who had seven or more. A sub-analysis confirmed the overall finding that there was no further increase in menopause age beyond three births. The research was conducted among women born before/after 1950 who had never used a hormonal IUD and/or systemic menopausal hormonal therapy.

So, what more insights do the authors give on the limited impact of childbirth on menopause age? Their interpretation of the biology is that the first three pregnancies do have an oocyte-sparing effect, hence a moderately delayed menopause. After this, they postulate that either no further sparing takes place, or that ‘other biological mechanisms’ counter the effects of oocyte sparing on menopause age.

The identity of these ‘other biological mechanisms’ is unclear. What is clear is the need for more understanding of the reasons behind the great variations in age at which women cease menstruation. This, say the authors, is an imperative, given that the timing has significant health implications for women, particularly the effect of early menopause on risks of cardiovascular disease and breast cancer.