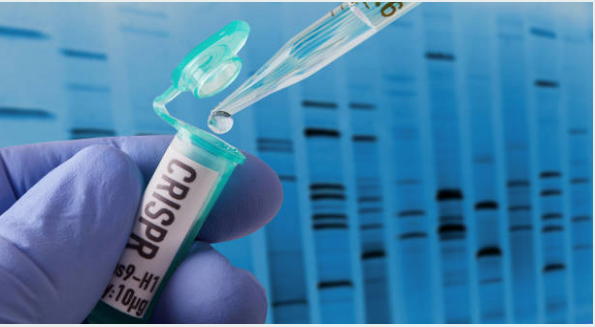 An official China news agency reports that the biophysicist behind the birth of gene edited twins in 2018 has been found guilty of violating research regulations.

The Chinese biophysicist who in 2018 shocked the world with his claim to have created genetically modified twins has been jailed for three years, according to a report from the official China news service.(1) Following a trial in the southern city of Shenzhen, He Jiankui and two colleagues on 30 December were found guilty of 'carrying out human embryo gene editing ... for reproductive purposes'.

In a dramatic disclosure which caused outrage across the world, He dropped his bombshell at a summit conference on genome editing in Hong Kong. He claimed to have disabled the CCR5 gene with CRISPR-Cas9 technology in a bid to render the offspring (twin girls) resistant to HIV infection. This latest news report from China also confirmed rumours of the birth of a third baby following embryonic gene editing by He and his group.

The CRISPR-Cas9 technique, hailed as one of the outstanding scientific breakthroughs of the past decade, sends a targeted enzyme into a genome to edit (cut out, modify or replace) a DNA sequence. As yet, the technique remains subject to enormous scientific oversight because of concerns over off-target effects and heritable genetic modifications.

Professor Robin Lovell-Badge from the Francis Crick Institute in London, who chaired the Hong Kong conference and is presently a member of a WHO committee on human genome editing, said in a press statement that it is still 'far too premature for anyone to attempt clinical application of germline genome editing; indeed, at this stage we do not know if the methods will ever be sufficiently safe and efficient . . . It is also important to have standards established, including detailed regulatory pathways, and appropriate means of governance.' Lovell-Badge added that 'both prison and a fine would have been the likely penalties' had the procedures been performed in the UK.

One wonders if such penalties will now deter the Russian biologist Denis Rebrikov, who is apparently still awaiting approval for his use of CRISPR-Cas9 to disable a gene responsible for deafness.

The ethical and technical arguments surrounding the case of He Jianku have recently been reviewed in Human Reproduction.(2) 'It seems clear,' the review states, 'that the rationale behind the undertaking was seriously flawed; the procedures involved substantial technical risks which, when added to the serious ethical concerns, fully justify the widespread criticism that the events have received.' Despite the court case in China, its relevant scientific data remain unpublished.