Results from a time-to-conceive cohort study expose the limitations of everyday tests to predict future fertility; no association found between ovarian reserve as measured by AMH, FSH and inhibin B and future likelihood of live birth

Women with biomarkers suggesting a diminished ovarian reserve do not have any reduced level of future fertility, according to the first study to analyse the accuracy of so-called ‘fertility’ tests in predicting a woman’s later chance of infertility, her ability to conceive and her likelihood of achieving a live birth.(1)

Based on data from more than 300 participants, the findings show no difference in reproductive potential between women with normal and diminished ovarian reserve as measured by levels of AMH, FSH and inhibin B.

Given this lack of association, the clear message from the authors is that clinics should caution women on the use of these ovarian reserve biomarkers to predict future fertility, including those at risk of reproductive ageing. They add that providing a clear understanding of the limitations of such tests is of ‘utmost importance’ for patient-centred care and that their study now adds to the growing literature regarding the role of these routinely available biomarkers in clinical practice.

The study was based on a continuation of Time to Conceive (TTC), a large US time-to-pregnancy cohort study from 2008 to 2015. Based on a follow-up of women making one pregnancy attempt for up to a year, earlier results from this study have demonstrated that ovarian reserve markers have limited use.(2) But the probability of achieving a live birth or being diagnosed with infertility in future pregnancy attempts has not been determined until now.

Hence, the authors of this latest study set out to evaluate what they say is a ‘very important and highly controversial’ question: Can ovarian reserve biomarkers predict future fertility? They thus sought to test the hypothesis that biomarker values suggesting a diminished ovarian reserve would be associated with a low probability of a live birth, infertility and increased time to pregnancy.

A total of 474 women from the original 831 TTC participants agreed to continue their involvement. Between October 2020 and February 2021 they were asked to complete a reproductive history questionnaire online or via telephone with questions including number of pregnancy attempts and the outcome since TTC enrolment. Participants were aged 30-44 years without a known infertility diagnosis, cohabiting with a male partner without infertility and had been attempting to conceive for three or more months. All had provided a blood sample at the initial TTC enrolment. Primary outcomes were probability of achieving a live birth more than three years after TTC enrolment, diagnosis of infertility at any time, and time-to-pregnancy in future pregnancy attempts. The final dataset analysed comprised 336 women among whom there were 278 pregnancy attempts, 225 pregnancies resulting in live birth and 14 pregnancies without live birth.

Results showed that those with diminished ovarian reserve (defined as AMH level <0.7 ng/ml or FSH ≥10 mIU/ml) did not have a statistically significant lower risk of future live birth (RR 1.32; 95% CI 0.95–1.83 and RR 1.28 95% CI 0.97–1.70, respectively) than women with normal ovarian reserve; and inhibin B levels were similarly not associated with any probability of a future live birth (RR 1.00). This was after adjusting for the age at which blood was taken, race, obesity, use of hormonal contraception, and year of enrolment in the original study.

The authors write that a major strength of their analysis is that the results are applicable to all women at risk of reproductive ageing (those aged 30-44 years). However, they acknowledge that a pregnancy attempt is not a validated concept and, as such, couples may classify their endeavours to become parents differently. But what the study does underline is that, while AMH’s part in predicting a woman’s response to ovarian stimulation in IVF is well established, its role outside ART in counselling patients attempting to conceive remains limited. 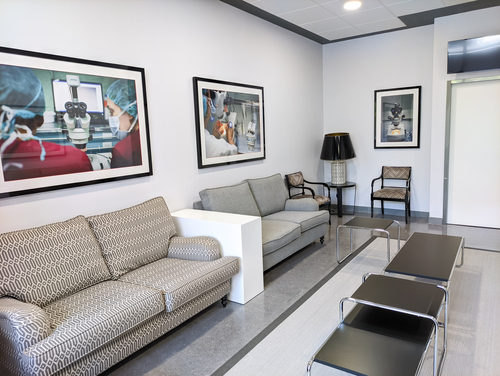 Time-sensitive? Measuring the effect of short delays in IVF