Culturing human embryos beyond 14 days: a call for public debate 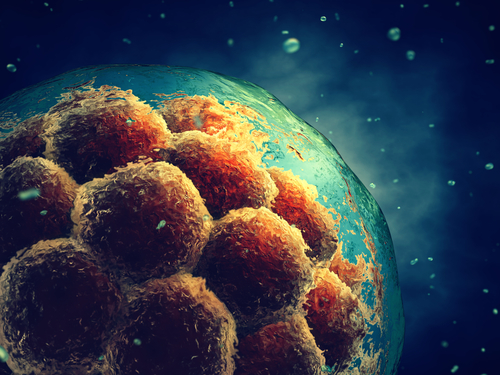 The ‘14-day rule’ — the internationally recognised standard prohibiting in vitro culture of human embryos beyond 14 days — has recently been reconsidered by the International Society for Stem Cell Research (ISSCR). Susana Chuva de Sousa Lopes, coordinator of the SIG Stem Cells, and deputy Mina Popovic, explain what lies behind the ISSCR proposals.

In their newly updated guidelines, the International Society for Stem Cell Research (ISSCR) proposes that embryo research beyond 14 days should no longer be viewed as entirely off-limits.(1) However, rather than offering a universal framework for extending the 14-day rule, or abolishing it, the Society proactively sets the stage for thorough public deliberation.

For the past 40 years, the 14-day rule has both governed and facilitated human embryo research. It was originally proposed following the first successful clinical applications of IVF in a report drafted by the Ethics Advisory Board of the Department of Health, Education and Welfare in the United States.(2) The document cautiously supported human embryo research given that ‘No embryos be sustained in vitro beyond the stage normally associated with the completion of implantation (14 days after fertilization)’.

The specification of this limit ensued from moral deliberation on the biological qualities of early human embryos. This timepoint signifies the developmental window prior to the formation of the primitive streak and the initiation of organogenesis. It is also the last stage at which twinning may occur, or at which two embryos can merge (ie, tetragametic chimerism). Defining a clear boundary by limiting embryo research to stages preceding the development of morally concerning features offered an ethical compromise, settling conflicting moral views on embryo research.

Since then, the rule has gained international widespread acceptance. In fact, it is upheld by law in several jurisdictions, including the UK, Spain, Netherlands, Denmark, Canada and Australia, while countries, such as the USA, China and Japan enforce the limit through regulatory research bodies.(3)

The 14-day rule partly owes its strength and longevity to the deliberative, interdisciplinary and transparent process used to establish it. Yet, up until now the limit imposed no tangible restrictions on human embryo research, as it has been technically unfeasible to maintain physiologically normal embryos in culture beyond 14 days. However, this is now becoming a foreseeable reality. To date, several studies have succeeded in maintaining human embryo outgrowths for an unprecedented period of 13 days in vitro.(4,5) Hence, only now has the limit emerged as a true point of contention between human embryo research proponents and opponents.


The 2021 ISSCR recommendations therefore reflect the changing landscape of human embryo-related research. The guidelines cover several key developments in the field, including stem-cell based embryo models, organoids, chimeras and genome editing. The Society acknowledges the potential value of these emerging platforms for studying peri-implantation development, and for elucidating the causes of infertility, pregnancy loss and developmental disorders. Recognising this promise inherently justifies ethical reflection on the 14-day rule, but ultimately pushes the boundaries towards uncharted territory. At present, the ability to culture human embryos beyond the primitive streak stage remains unknown and undeniably technically challenging.

Nevertheless, the ISSCR does pose the question, calling upon individual jurisdictions, academic societies, funding bodies and regulators to encourage systematic public conversations on extended embryo research. Discussions should focus on the scientific significance, as well as the societal, moral and ethical issues raised by allowing such investigations. Accordingly, any proposal for the culture of embryos or stem cell-based embryo models beyond the current 14-day limit must gain broad public support.

If local regulations permit, the proposal may then undergo specialised scientific and ethical oversight to determine whether the research objectives justify extended culture, given that the appropriate number of embryos are used. Transparent and responsible communication remains critical. The guidelines emphasise that limitations on the current state of scientific knowledge must be clearly and carefully conveyed to the public or media.

In the case of stem cell-based embryo models, scientific and ethical oversight will further depend on the level of ‘integration potential’. In this respect, the ISSCR defines two types of models. ‘Integrated’ embryo models are designed to capture the entire early human embryo and may have the potential to undergo full development during the extended culture. Other, ‘non-integrated’ embryo models only recapitulate specific structures or aspects of development and thus lack full developmental capacity. Inherently, the greater the level of integration, the higher the ethical oversight. Finally, the guidelines prohibit any attempt to use human stem cell-based embryo models to establish a pregnancy.

While the culture of human embryos beyond 14 days may now be considered more permissible, the prospect of doing so remains largely theoretical. Importantly, the legislative framework in many countries will likely not reflect any significant change in the near future. Moreover, adhering to the ISSCR recommendations demands extensive public engagement. This may prove challenging, given that efficient, long-term community participation warrants sufficient resources and well-placed outreach programs. Nevertheless, the guidelines deepen opportunities for engaging with the public, broadening perspectives and creating space for difficult deliberation. Given the increasing interest in human embryo research, establishing and fostering this cooperation will be paramount, both for good practice and good science.