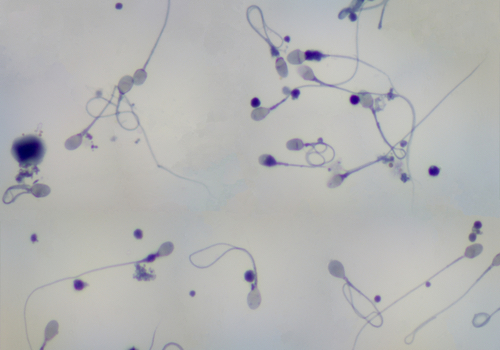 An experimental study which measured markers of inflammation and oxidative stress in the sperm cells of men infected with COVID-19 found significantly higher levels than in healthy controls. Experts urge caution in interpreting results.

A manuscript accepted for publication in the journal Reproduction at the close of January has already caused quite a stir by claiming ‘the first direct experimental evidence that the male reproductive system could be targeted and damaged by the COVID-19 infection’. The study, reportedly in 84 men hospitalised in Tehran with confirmed COVID-19 and 105 age-matched healthy controls, was based on semen analysis performed at ten-day intervals over 60 days and found that in the infected men inflammation and oxidative stress markers in sperm cells were significantly increased by more than 100% when compared to the controls.

Of interest in the study was the angiotensin-converting enzyme 2 (ACE2) receptor, which is used by the SARS CoV-2 virus to enter cells and, say the authors, is abundant in the testes and other male reproductive organs. The study results indeed showed that ACE2 activity was significantly higher in men in the COVID-19 group than in controls (P <0.05) but tended to decrease over time. By comparison, there were no significant changes in ACE2 activity in the control group. However, in the COVID-19 subjects these and other markers of inflammation and oxidative stress were correlated with significant impairments in semen volume, sperm morphology and sperm concentration.

The authors say that these findings ‘go beyond our current understanding of the disease, suggesting that the reproductive function of the patients recovering from the disease should be precisely followed and evaluated’, and provide evidence that ‘the male reproductive system is a potential target and vulnerable to COVID-19 infection’. A press release issued by the journal publisher proposed that ‘men recovering from COVID-19 may find it harder to conceive, due to abnormally low sperm quality’.

The study results, if confirmed, may put a question mark over some recent reassuring conclusions on COVID-19 and male fertility. For example, in an online meeting staged by the Progress Educational Trust (publishers of BioNews) at which ESHRE hosted a session on risk reduction in fertility clinics, UK andrologist Allan Pacey after reviewing 14 studies concluded that ‘any measurable effect of coronavirus on male fertility is probably only slight and temporary’.(2) Pacey himself, in press comments on this study, said its findings were ‘surprising’ and went on to raise ‘a strong note of caution’ about them. Among his concerns – raised also by other commentators – was the effects of the disease itself and the medications taken to treat it (including corticosteroids and antivirals) on sperm parameters. This too was raised by the authors themselves, who described it as ‘unclear whether these findings are attributed to the male reproductive tract-specific infection or merely the result of a general response to virus infection’.

Meanwhile, a recent review of COVID-19 on male reproduction has confirmed that, while ‘current evidence does not support sexual transmission of the SARS-CoV-2 virus’, the virus can harm the male reproductive system ‘in large part by inflammatory damage’.(3) Despite such evidence – and as Pacey noted from his review of earlier studies – ‘a substantial decrease in male reproductive capacity awaits clinical evidence’. Pacey himself added that this latest paper and the publisher’s press release ‘seriously over claim the value of the findings and I need to raise a strong note of caution in their interpretation of these data’.