Growth hormone and other adjuvants in IVF poor responders

A new meta-analysis of adjuvant treatments for poor responders in IVF finds that only two have any significant effect on pregnancy, while growth hormone may increase oocyte and embryo yield.

Poor ovarian response for IVF continues to be a challenge, indeed, 'one of the most challenging tasks in reproductive medicine', according to the authors of a substantial systematic review of adjuvant treatments in POR newly published in Human Reproduction Update.(1) Adjuvant treatments, they explain, have been proposed - and patchily studied - as one of three approaches to lower cancellation rates and raise pregnancy rates in POR, alongside higher gonadotrophin doses and modified regimens for pituitary suppression. However, as the ovarian stimulation guidelines published last year by ESHRE made clear, one of these three approaches now seems redundant: a stimulation dose higher than 300 IU was 'strongly' not recommended. Thus, might adjuvants - defined here as any additional treatment other than GnRH analogues and gonadotrophins during the cycle - exert a benefit where other approaches have not?

With ten adjuvant treatments examined and varying levels of evidence available, this was a complex study, a systematic review and 'network meta-analysis', which, according to the investigators, allows comparison of multiple treatments in one statistical model. However, even with pair-wise comparisons, they write, 'it is difficult to identify the most effective adjuvant therapy for patients with POR', such is the paucity and inconsistency of evidence. POR itself was defined according to the Bologna criteria, with all adjuvant outcomes in the analysis measured against outcome from protocols without adjuvant treatment. The primary endpoint was clinical pregnancy per randomised patient (defined by gestational sac or fetal heartbeat), with several secondary endpoints including the number of cumulus-oocyte complexes retrieved, number of embryos transferred, serum estradiol levels, total dose of gonadotrophin required for stimulation and cancellation rate.

Ten adjuvant treatments were considered for the review: testosterone, DHEA, letrozole, recombinant LH, hCG, estradiol, clomiphene citrate, progesterone, growth hormone and the antioxidant coenzyme Q10. Of these and in comparison with controls only DHEA and CoQ10 treatments resulted in a significantly higher chance of clinical pregnancy (OR 2.46, 95% CI 1.16-5.23 and OR 2.22, 1.08–4.58, respectively). The results were derived from a total of 46 eligible trials (of which 19 strictly applied the Bologna criteria) and in which subjects were randomised to an additional treatment or not. No result was obtained for an effect of progesterone, because no RCT was available. The authors point out that the significantly higher chance of pregnancy with DHEA and CoQ10 was evident in both the pair-wise and network meta-analyses. No other adjuvant intervention reached significance for the primary endpoint.

The results were similarly disappointing in the secondary endpoints, for which only a small but varied list of adjuvants reached significance: for example, only hCG and estradiol in the number of oocytes retrieved, and growth hormone in the number of embryos transferred and E2 levels.

So what does all this mean? The investigators say their network meta-analysis (in which POR was defined in all trials by the Bologna criteria) 'demonstrates that the COS protocol that included GH adjuvant agents . . . was the optimal adjuvant treatment in terms of outcome measures'; this was, however, only evident in the secondary outcomes, including a significantly reduced gonadotrophin requirement. Growth hormone was not associated with any significantly increased likelihood of pregnancy. The authors frustratingly note that the mechanism by which growth hormone might increase oocyte and embryo numbers in POR 'remains unclear', and speculate that 'the response to GH varies in different subgroups of patients with POR'. A small meta-analysis published in 2009 did indeed detect that the addition of growth hormone to a stimulation protocolfor poor responders did increase the probability of pregnancy and live birth, as did a Cochrane review of 2010 (and only in poor responders).(2,3) Indeed, its use in poor responders has been described by a recent review as the most common role of adjuvant growth hormone in IVF - although after 25 years still controversially so.(4) And even the most recently planned RCT proved yet another disappointment, with insufficient numbers recruited to demonstrate any meaningful effect.(5)

Of course, growth hormone as an adjuvant in POR (and in IVF generally) is not the only component of this study to have had a chequered recent history. All adjuvant treatments have come under the spotlight in the past few months, with none offering any great evidence of benefit in IVF. Indeed, a recent series of reviews in Fertility and Sterility concluded that for none of more than 20 clinical, endometrial and laboratory add-ons was there any persuasive evidence of live birth benefit.(6) It has been similarly salutary to see in the HFEA's recently introduced scheme of 'traffic light' evaluation of adjuvants in IVF that not one of 11 commonly used treatments warrants the go ahead of a green light. 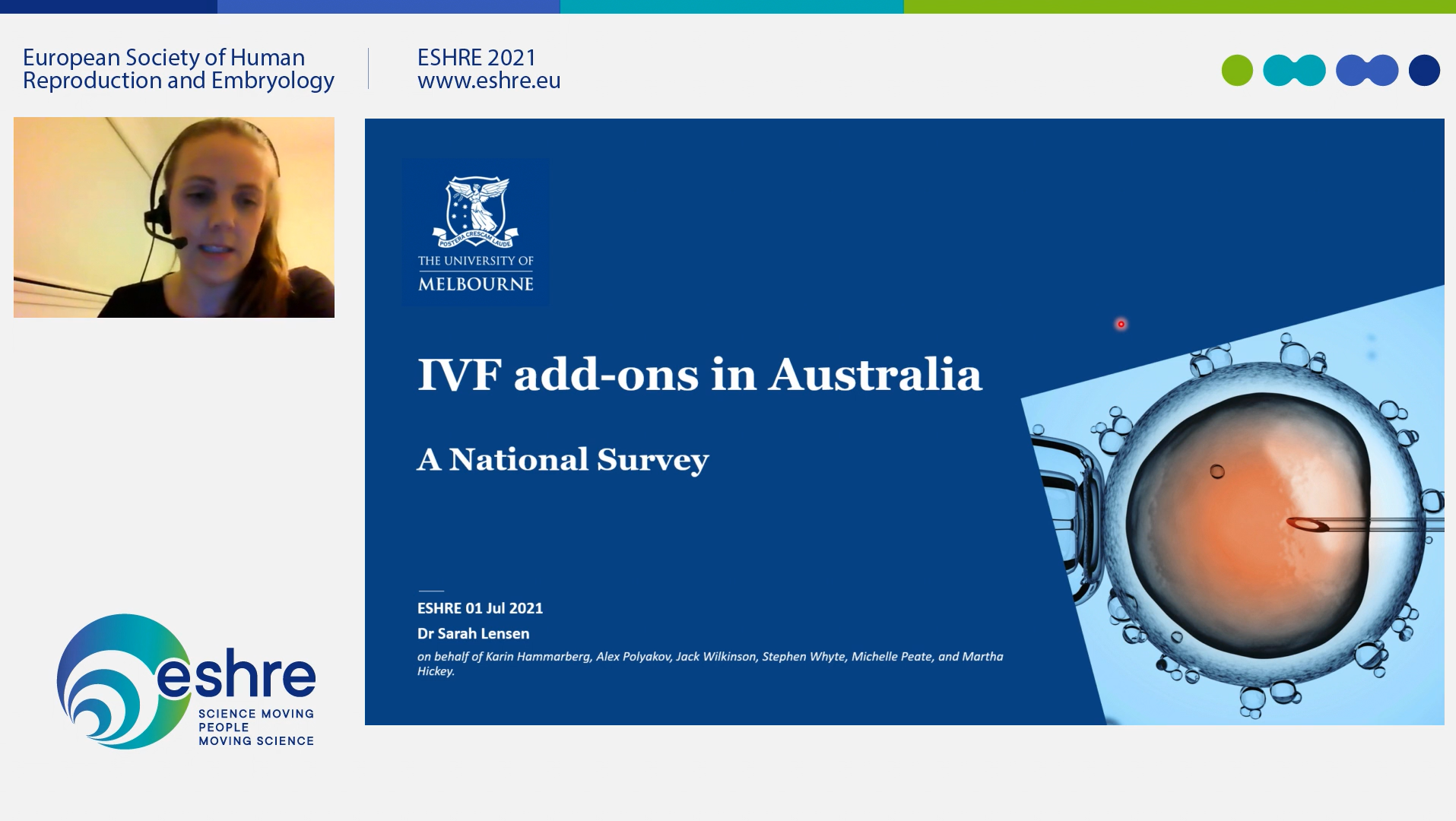 Despite moderate evidence, use of add-ons in IVF remains ‘common’