Once again, adjuvant treatments to improve the chance of live birth are under the spotlight. New reviews of more than 20 clinical, endometrial and laboratory add-ons find no persuasive evidence for their application in everyday practice.

The December issue of Fertility and Sterility has extended the HFEA's well publicised 'traffic light' system for evaluating adjuvant treatments in ART to cover a whole range of add-ons derived from the clinic and the lab. And, where the HFEA offered verdicts on 11 treatments, F&S has now evaluated data on several more with clinical, endometrial and laboratory application, and found that none of them has a strong enough evidence base for routine use.(1,2,3)

PGT-A, noted as 'the most controversial' of ART adjuvants, was not listed in the 20+ F&S add-ons but was reviewed in a separate editorial alongside paper publication of the STAR trial. This commentary, after raising 'the possibility that testing may lower the probability of achieving a healthy pregnancy', calls for a restriction on the use of PGT-A 'to Institutional Review Board–approved trials unless other data to the contrary refute the conclusions of this study'.(4) The F&S commentary came at the same time as the HFEA downgraded its traffic light rating for PGT-A on day-5 embryos from amber to red (thus joining day-3 embryos).(5) Amber, according to the HFEA, represents a treatment whose conflicting evidence means it cannot be recommended for routine use, while red indicates there is no evidence to show it is effective and safe.

The new F&S evaluations are not much different in substance from those of the HFEA. Those reviewing the clinical add-ons (growth hormone, aspirin, heparin, DHE, testosterone, male and female antioxidants, and screening hysteroscopy) report that they are being introduced into routine practice 'in a hurried manner' and without any clear evidence of effectiveness. 'More often than not,' they warn, 'it will be found ineffective in randomized trials - and in some cases even harmful' after introduction in everyday practice. However, even if a trial does find a benefit, as illustrated in so many Cochrane reviews, the quality of its evidence is usually low, with small sample size, high risk of bias and poor reporting.

The same conclusions were reached by those reviewing adjuvants to improve endometrial receptivity (immune therapies including intralipids, endometrial scratch, endometrial receptivity array, uterine artery vasodilation, and intrauterine hCG instillation). Of all these treatments the reviewers note that endometrial scratching 'has been subject to intense global interest' and has probably been the most thoroughly studied, with more than 30 trials published and more on the way. The strongest and most recent trial evidence suggests no clinical benefit, they write, but the popularity of the procedure continues (endometrial scratch was the most popular add-on in the UK in 2016). According to the F&S reviewers, endometrial scratching also illustrates another failing in the quality of evidence: its biological plausibility. ' It is difficult to conceive how any beneficial effect is retained when the entire functional layer of the endometrium is shed and replaced between the intervention and embryo implantation,' they write.

With the IVF laboratory now the focus of step-changes in ART, adjuvants emerging from the lab can be quickly absorbed into routine practice before large-scale studies (if any) have been completed. What makes this more problematic, say the reviewers, is that ' most laboratory add-ons fall outside the pharmaceutical regulations and are therefore often not required to have rigorous evaluations before being marketed'. Time-lapse imaging has not been troubled by a paucity of studies (nine RCTs in a 2019 Cochrane review) and it certainly features in most IVF labs (especially in Europe). However, although the reviewers list the 'potential' advantages of time-lapse (detailed digital images, undisturbed culture environment, embryo selection software), based on the current data ('low quality') the reviewers side with the HFEA in saying there is 'certainly' not enough evidence to show that time-lapse imaging improves birth rates. Indeed, the same is said of all the most commonly used laboratory add-ons.

The call for stronger evidence before routine introduction of add-ons has been made loud and clear before, often from leading figures in ESHRE.(7,8) But what seems new about the present criticism is a suggestion that the mere offer of such treatments to trusting patients - to 'sell' them procedures with the hope of raising the chance of live birth - is morally unacceptable. The New York Times, following up the F&S reviews, asked: 'Why is all this happening? It’s because IVF remains an under-regulated arena, and entrepreneurial doctors and pharmaceutical and life science companies are eager to find new ways to cash in on a growing global market that is projected to be as large as $40 billion by 2024.'(9)

Indeed, Chris Barratt, the former editor-in-chief of Molecular Human Reproduction, speaking in December at a London meeting organised by the publishers of BioNews, described the overuse of ICSI (in non-male factor patients) as tantamount to 'embezzlement'.(10) According to BioNews, Barratt said at the conference: 'The question is why do you have a large number of people having ICSI who don't have male factor infertility? . . . Is it just for money, if it's not recommended and it doesn't work?' And speaking at the same conference, Danish embryologist Søren Ziebe, who urged that 'financial harm' should be added to the doctors' code on non-maleficence, argued that the best interests of the patient were incompatible with efforts to sell supplementary services.(11)

Ziebe suggested that in Denmark the use of add-ons is far greater in private IVF clinics than in state hospitals. This was a view reiterated in an overview of adjuvants in F&S, which noted that in countries such as the Netherlands, Belgium and Slovenia, where most ART is publicly funded, use of add-ons is lower than elsewhere.(12) More regulation, notes the review, may be one way - perhaps in a more rigorous approval system or in more water-tight informed consent. But the imperative to improve the adjuvant situation seems now an ethical one. 'It has become clear,' write the F&S reviewers, ' that self-regulation cannot be relied on to protect patients from ineffective and unnecessary treatment, particularly in settings where IVF is privately funded.'

It may be of course that the gold standard measure, the randomised trial, is no longer able to provide the gold standard evidence which the mushroom field of adjuvant therapy would seem to need. Can those necessary trials even be performed in reproductive medicine - because of cost, time and recruitment? Nick Macklon and his colleagues at RBM Online have proposed - albeit controversially - a new paradigm based on individual patient data gathered prospectively and compulsorily, and analysed to 'guide clinical practice' (and not 'suppress' innovation).(13) Such a model, they proposed, would offer a feasible alternative to the RCT to determine 'the real world value' of novel innovations. 'All patients could be included,' they write, 'rather than just a sample. The focus would be on the individual patient characteristics that affect outcomes of a given intervention, rather than the overall effect of the intervention(s) in a study population.'

However, right now - and especially according to the F&S reviewers - the randomised trial remains the benchmark of 'robust supportive studies', and it is salutary at least to learn that, when applied to the HFEA's list of 11 commonly used adjuvants, not one was given the approval of a green light. 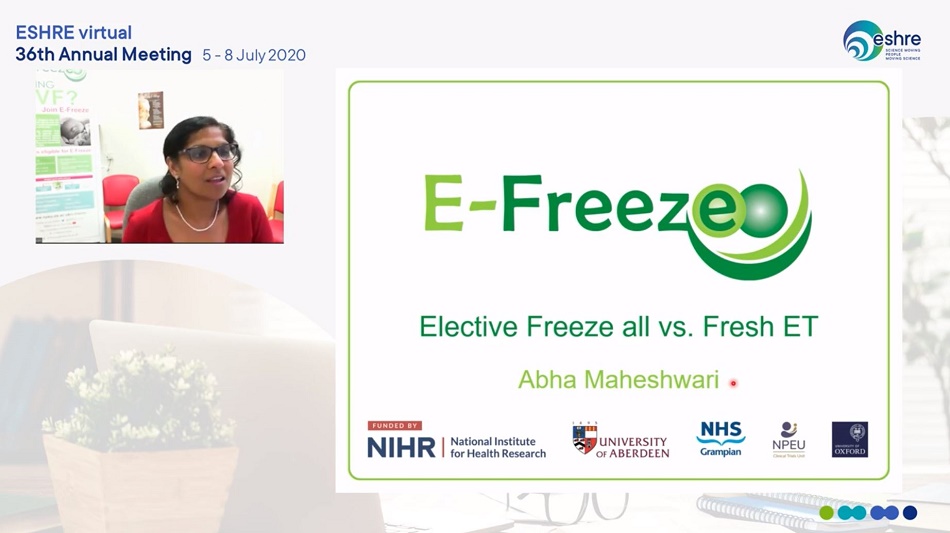 The challenges of a freeze-all randomised trial