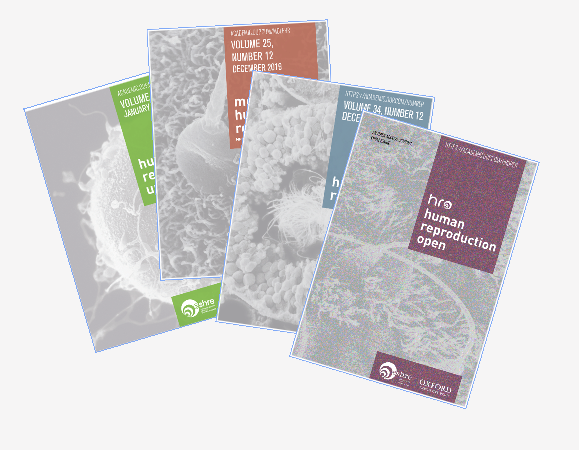 An ESHRE expert meeting in November reviewed what we know so far about open access publishing for medical journals. The meeting in particular explored where we now are with Plan S and how its implementation might affect the Human Reproduction journals.

'Not if, but how?' was the question Human Reproduction Update editor Arne Sunde asked of open access to medical journals, which include the three subscription titles in the ESHRE stable. Sunde's colleague, Nils Lambalk, the current editor-in-chief of Human Reproduction, described the three ESHRE journals as 'traditional and established', acknowledged as 'top in the field' and 'a scientific and ethical gatekeeper'. But now, among the new threats to their status and publishing model is a burgeoning demand for open access to their content from both research funders and academic libraries. Their aim, as set out in a 2018 proposal from a group of European funders known as cOAlition S, is to make all publicly funded research open access by 2021, a move which is now known as Plan S.(1)

The coalition, which is supported by Science Europe (representing the main scientific organisations of Europe) and numerous national and international organisations (including WHO), states that 'Plan S requires that, from 2021, scientific publications that result from research funded by public grants must be published in compliant Open Access journals or platforms'. What this could mean of course for the majority of medical journals, including the three traditional ESHRE titles, is that a publishing model basic to all publications since Gutenberg cranked the printing press is no longer valid: readers will no longer pay for what they read, only the writer will pay to see his work in print or online. This to a publishing purist is the nightmare scenario: paid-for content in which the only criterion for inclusion is merely the willingness to pay. And there to scoop up the proceeds of processing the copy for pay-to-play publication would be a new band of predatory publishers eager to publish any rubbish which came their way along with cheque.

Such well rehearsed nightmare fears were repeatedly described at an expert meeting convened by ESHRE in November last to assuage such fears, and to explore where we now are with Plan S and how its implementation might affect the Human Reproduction journals. Of course, sitting in the sun and away from the clouds is ESHRE's recently introduced open access journal HR Open, now in its third year and planned by ESHRE and its publisher to comply with the demands now being made by all the major research funders and libraries.

What this meeting firstly made clear (among many questions not clearly resolved) was that the driving force behind Plan S are the organisations which fund research. So JC Burgelman, the European Commission's 'Open Access Envoy', reported that by 2021 open access to all research funded by Horizon Europe would be mandatory alongside data submission to data management platforms. Such moves, he said, would be good for the scientist (more citations), for science (speedy knowledge exchange) and for funders (more return on investment). And next, as the tide began to turn, institutional libraries have now begun to see an overlap between the subscription agreements they already had with publishers and the new open access demands which funders and publishers were making on their colleagues.

These joint demands of both funders and libraries are now behind the 'read and publish' transformative deals now being explored by the journal publishers, including ESHRE's own publisher OUP. However, Deborah Dixon, journals director at OUP, said that, while 'the landscape is moving towards open access publishing models, driven by funders and institutional customers', it would not be financially viable right now to flip the ESHRE journals to a completely open access model. So present movement, she explained with reference to the read-and-publish deals, is towards an institution-pays model rather than the writer pays. And right now the most sustainable route for journals seems to be with journal publication under the transformative arrangements as described by Plan S. For established journals like the ESHRE titles such arrangements would include a commitment to increase their share of open access content, to offset their subscription costs with income from open-access publishing charges (to avoid double payments), and to move to full open access within an agreed timeframe. Plan S describes these arrangements as 'temporary and transitional', which should anyway be concluded by the end of 2024.

Thus, until then there are three possible routes for authors to be compliant with Plan S: publish in a fully open access journal (as in HR Open); publish in a subscription journal but make the final text available in an accessible repository; or publish in a subscription journal with a transformative agreement. Funders will be compliant if they cover open access processing charges (but don't pay such fees in 'hybrid' journals such as Human Reproduction), or if they have in place institutional transformative arrangements. Deborah Dixon described these transformative read-and-publish deals with institutional consortiums as 'the most sustainable route'.

Within all these arrangements, Plan S insists that the authors retain all copyright of their work. A further safeguard reaffirmed by Dixon is that all open access papers will remain subject to the same peer review process as in the subscription journals. But asked if OUP was now actively seeking transformative deals with institutions, she would only concede that the publisher was simply doing what the market wants.

Despite the range of expertise of the speakers, there were many unanswered questions from the floor, with one notable view rumbling beneath the surface that such radical changes could not be achieved within such a tight timeline. But, given the insistence of funders, and notwithstanding a delayed S-day deadline from 2020 to 2021, the consequences will be dramatic for the Human Reproduction journals, their readers, and their authors. Many participants from the floor, who included nearly all ESHRE chairmen (Diedrich, Crosignani, Sunde, Devroey, Tarlatzis, Van Steirteghem, Evers, Gianaroli, Vega, Tapanainen, Lundin, Farquharson, Magli), questioned how so many papers submitted without the support of a large Plan S funder would cover the processing charges of open access - small single-centre studies, small group reviews, case reports . . . Who would pay . . . and how much?

The latter was the key question of the day, and one suspects an almost forgotten question in the virtuous rush to open access. Yet affordability seems now an almost bigger problem than accessibility. And what about the researchers themselves, whether part of a read-and-publish consortium or working with a Plan S funder? How will they choose their journal, where to submit? Will impact factor remain the guide, even if a high-scoring journal requires a high-rolling charge?

From the presentations at this meeting, the open access battle seems already won - at least to the governments, research groups, and organisations in Plan S. As Arne Sunde said: Not if, but how. So how could it now fail? Will researchers resist dumping their raw data for all the world to see on a data management platform? Will institutions continue to pay for the read-and-publish deals proposed by the publishers? Earlier in 2019 the University of California stepped back from a deal with Elsevier because the benefits were deemed too few and the costs too high.

There will, it seems, be some collateral damage before the story is over, not least among researchers without grant funding and in low-resource countries. Is Plan S discriminatory, asked Nils Lambalk at this ESHRE meeting, noting the likely inability (statutory or social) of some researchers to pay. We should also remember, as the European Commission's Open Access Envoy made clear, that Plan S is essentially a European initiative. How will the USA or China respond in its journals and research? Will they share the same views that data is public property, especially in a jurisdiction in which patent and secrecy characterise so much research in medicine? China has already pledged to support Plan S, but not without strings attached.(2) According to Deborah Dixon, the transformation deals so far concluded by OUP are only with European institutions.

The threats to Plan S seem endless, as do the fears of those threatened by it, many of them the medical societies who 'own' their journals (Dixon said that 80% of OUP's journals are society-owned). But despite the threats - to the traditional publishing model, to local researchers, from predatory publishers - few at this expert meeting went away believing that open access was still an empty threat. Some titles - for example, Human Reproduction Update as a review journal not publishing 'research funded by public grants' - may not be affected, but the momentum of Plan S, with so much funding power behind it, to say nothing of its ideological persuasion, seems now to be irreversible.