ESHRE's newly formed journal club had its first Twitter meeting last month, taking as its theme a new Human Reproduction paper on the association of hypertension in pregnancy with sperm donation. FoR correspondent Sofia Makieva reports from the Twittersphere.

The ESHRE journal club (#ESHREjc) was launched on Twitter at the tail end of February after months of planning by an enthusiastic team led by Claudia Massarotti.(1) The team, in close collaboration with the editors of Oxford University Press, based their selected publication on its likelihood to stimulate discussion among a crowd of reproductive medical professionals active on Twitter. 'Other than a good scientific paper, our first journal club needed a catchy topic, one that engages professionally diverse participants, and even patients,' said Claudia, adding that a 'clinical study would best fit this purpose'.

The paper selected for this first journal club was recently published in Human Reproduction by Dr Amber L Kennedy and colleagues from Australia.(2) They had performed a retrospective analysis of more than 15,000 singleton pregnancy outcomes following donation of eggs (1435), semen (578) or embryos (239), and following non-donor cycles (13,191). Their aim was to address the long-standing theory that pregnancy with sperm to which the female partner has never been exposed increases the risk of pregnancy-induced hypertension (PIH) and fetal growth restriction (FGR), probably as the result of an immune reaction to antigens in the seminal fluid or sperm cell. The analysis included only singleton pregnancies (to avoid any bias from multiples) and only IVF/ICSI treatments (to avoid any contaminating role of IUI). A multivariate analysis, which included such confounders as maternal age and parity, identified a strong link between egg donation and both PIH and FGR, but no increased risk in the sperm donation group, seeming to exclude any role for sperm cells in the pathogenesis of the disease. JC participants were keen to elaborate on the findings, to address all the aforementioned controversies and be inspired by the brainstorming process.

The discussion kicked off on Friday 28th February at 5pm CET on the ESHRE official Twitter page and lasted all weekend, following an asynchronous model to accommodate participants on different time zones and schedules. Key questions for discussion were posted by the organising team and re-tweeted by @ESHRE, while an invited guest, Dr Jackson Kirkman-Brown, also known as @DrMotility, was actively contributing with his expertise on semen biology.

In the first thread, the participants discussed how clinicians across the world currently define and handle pre-eclampsia. The study authors had defined PE as presentation of hypertension combined with multisystem dysfunction. The participants argued that their chosen definition does not meet the diagnostic criteria used in official guidelines - including proteinuria and hypertension - thus risked missing those mild cases of the disease which do not present end organ dysfunction.

The link between IVF and PE was debated in a second thread. Older studies were brought up by participants to rank the risk of PE as higher for IVF double donation recipients than for the IVF donor, for IVF itself and for spontaneous pregnancy. Though the study accounted for IVF/ICSI as a confounder in the analysis, along with fresh or frozen cycle, the stage of embryo development at transfer was not included and the participants argued that it could further affect the risk of developing PE. For example, early embryos have surface antigens which are more maternal or paternal, so cleavage stage should be a confounder to eliminate such bias.

Considering the findings of this JC paper, participants discussed whether aspirin might also be included in the clinical management of egg or embryo donation cycles. Currently, aspirin is administered to pregnant women with a major risk for PE.

The association of frozen gametes or embryos with a risk of PE was also a hot topic of discussion. Particularly in the light of recent reports suggesting an increased risk of PE after frozen embryo transfers in some groups of IVF patients, ‘frozen cycle’ was included as a confounder in the JC paper. Nevertheless, definition of ‘frozen cycle’ (frozen embryo transfer, freeze all or/and the use of any frozen gamete) was unclear in the study, and all donation groups included frozen and fresh material. Participants debated the possibility that egg cryopreservation might bias the paper's conclusions about an increased risk of PE after egg donation. Surprisingly, no human data exists on the effect of cryopreservation on oocyte proteomics and surface antigens to rule out this hypothesis.

Lastly, participants deliberated the paternal role in the aetiology of PE outside the concept of ‘primipaternity’. Specifically, factors such as paternal age, BMI, pre-existing cardiovascular disease, semen freezing and ICSI were presented as plausible contributors to the PE pathogenesis. However, the current evidence is rather inconclusive.

The take-home message from our debates was that egg donation seems to predispose women to the development of PE and FGR. Numerous possibilities were discussed to explain the findings, including a potential bias arising from use of frozen gametes. It cannot be excluded that the women enrolled in egg or embryo donations were simply older and, thus more susceptible to cardiovascular disease. At the end of the discussion it was clear that there are still a few gaps in our counselling strategies for gestational carriers. It remains unclear whether the risk of PE is always raised with patients receiving egg/embryo donations and whether aspirin might be an appropriate add-on. Hopefully, a few RCTs will be conceptualised in the future to provide the answers.

ESHRE’s survey following the JC showed that participants were generally satisfied with the selected topic and the timetable, and they particularly enjoyed honing their critical thinking skills. The ESHRE JC discussion summary can be found here, while all individual conversations between participants can be searched under the #ESHREjc tagged threads.

ESHRE journal clubs are now scheduled for every last weekend of the month, with the next one coming up on Friday 27 March at 5pm CET. The ESHREjc will discuss the impact of maternal high-fat/high-sugar diet on offspring oocytes and early embryo development.(3) All ESHRE members interested in this topic are highly encouraged to pop in and share their thoughts. 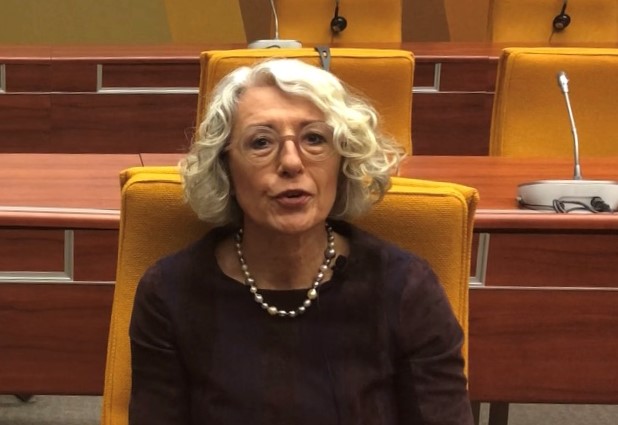 What to tell the children?