A prolific year ahead for ESHRE guidelines and recommendations 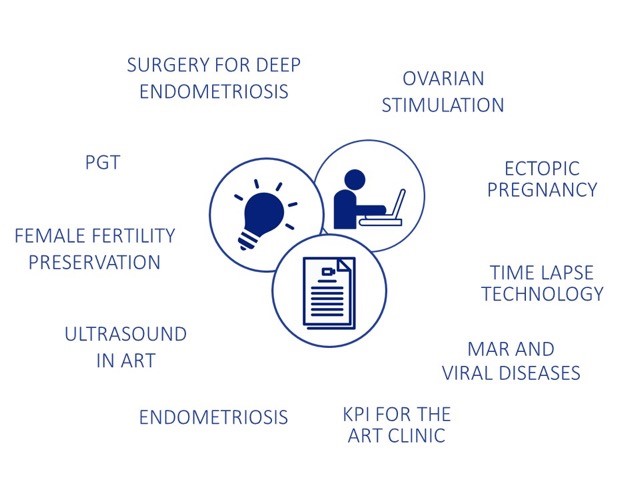 With 2019 about to unfold, we have exciting times ahead and much to look forward to from the ESHRE Guidelines and Recommendations working groups.

Firstly, the long expected ESHRE evidence-based Guideline on Ovarian Stimulation has reached its final stages of development. These include the stakeholder review phase during which members will have the chance to check out the final draft and give their input. The draft should be on the ESHRE website mid-January, after which there will be six weeks for comments to be submitted. After their consideration and inclusion, the document will be finalised and published, ready for presentation at the Annual Meeting in Vienna.

Meanwhile, two other evidence-based guidelines, Female Fertility Preservation, and Viral Diseases in ART, are in development and making good progress. In addition, the endometriosis guideline from 2013 is now being updated, and a brand new guideline on the number of embryos for transfer in IVF/ICSI has recently been approved by the ESHRE Executive Committee.

And, after publishing a methodology for the composition of Recommendations for Good Practice earlier in 2018, several SIGs have already submitted proposals for their development of recommendation documents.

Later in 2019 ESHRE will also publish good practice recommendations for PGT. It has now been seven years since the successful PGT guidelines were developed and published by Harton and colleagues for the PGD Consortium, and, with the fast-moving introduction of new techniques and approaches, an update was urgently needed. Under supervision of Martine De Rycke, chair of ESHRE's present Consortium steering committee, four working groups are working simultaneously on a series of four recommendation papers - on the organisation of a PGT centre, the technical aspects of polar body and embryo biopsy, PGT for single gene defects and monogenic disorders (PGT-M), and PGT for the detection of chromosomal, numerical and structural aberrations (PGT-A, PGT-SR).

Another project reaching its last phase are the recommendations for surgery in deep endometriosis. The same working group from ESHRE, the European Society for Gynaecological Endoscopy (ESGE) and the World Endometriosis Society (WES) which published its paper on endometrioma surgery in 2017 is now finalising a second paper in the series, focusing on deep endometriosis. After general considerations, such as definition and anatomical specifications, this paper will develop recommendations related to pre-operative management and surgical technique releative to location and extent of disease.

Over the early weeks of 2019 a six-week stakeholder review will be organised for these recommendation papers, and members are welcome to take part. Please check the ESHRE communication channels regularly for more information, or email guidelines@eshre.eu for more information on one of these projects.

'That’s all folks!' Though not quite . . .  Further recommendation projects are also in the pipeline and expected in the second half of 2019. These will include good practice recommendations for ectopic pregnancy, time-lapse imaging and information for donors and couples using donor material. There are projects being considered on performance indicators for the ART clinic, which will complement the Alpha/ESHRE Vienna Consensus on performance indicators for the ART lab, and an international team will start working on a classification system for endometriosis.

As we said . . . exciting times for the ESHRE Guidelines and Recommendations.