A time like no other: ESHRE in the first six months of COVID-19 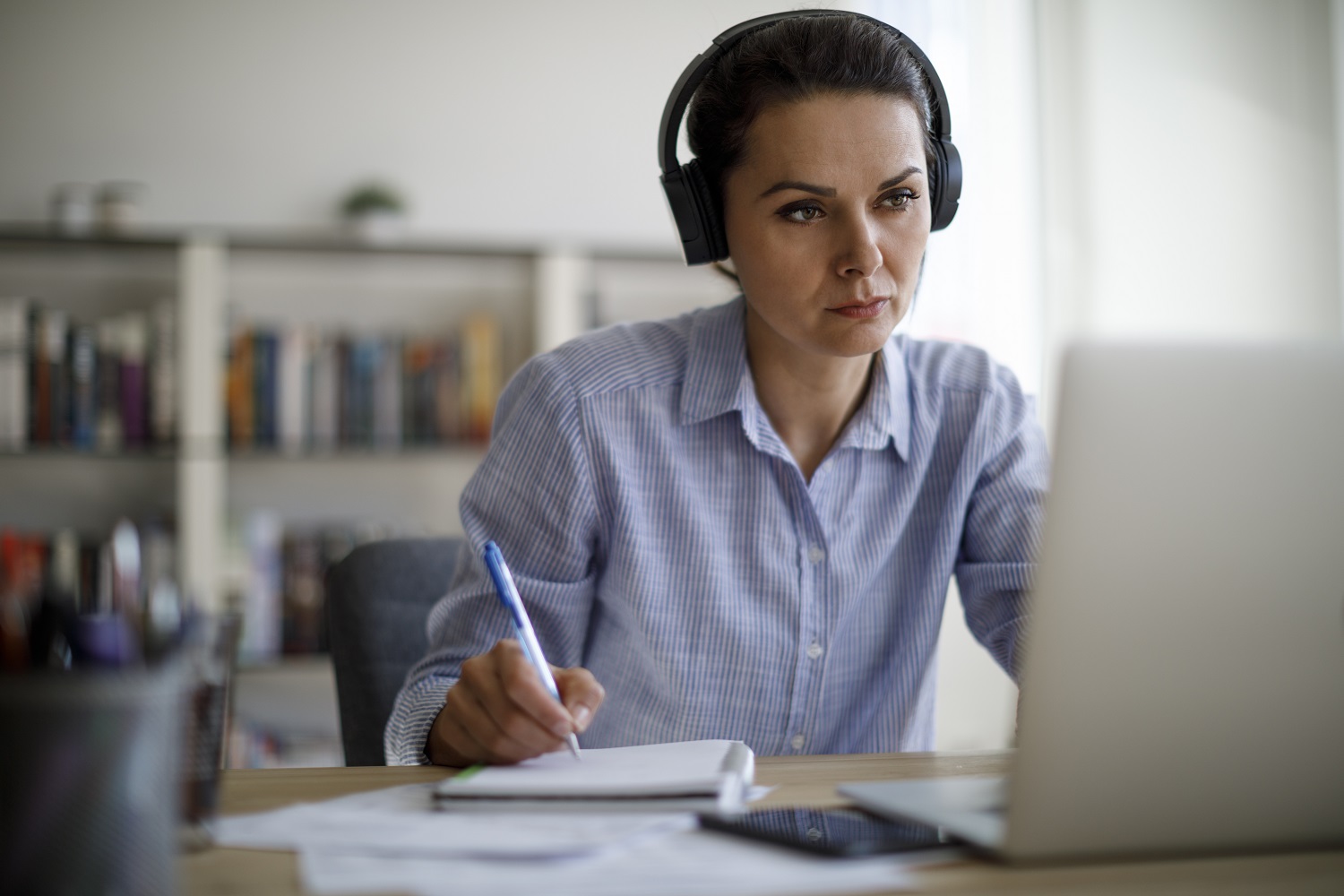 It was in mid-March this year, in the face of an alarming rise in coronavirus infections and restrictions on travel, that ESHRE cancelled its upcoming Campus meetings. Two weeks later the annual meeting was also cancelled and a week after that, on 2 April, ESHRE’s precautionary statement on fertility services advised that all but essential treatments ‘should not be started’. For ESHRE and the entire fertility sector these were steps never taken before. How did ESHRE cope over the next six months? Could an organisation even as successful as ESHRE continue with its everyday business?

The first sign of trouble ahead came in early March. This was when ESHRE, suddenly aware of an epidemic rolling in from the East, announced with regret that its Spring Campus meetings would be postponed. Already, infection rates were rising, as were clampdowns on travel. Less than two weeks later (as countries began to impose lockdowns), ESHRE took another unprecedented decision – to cancel the annual meeting.

Since then, ESHRE has made many adjustments – some swift, others gradual – to how it operates and organises those activities which are at the very heart of its purpose.

Working from home continues for all central-office staff, face-to-face meetings have been almost entirely switched to virtual, some professional training has been postponed, and budgets revised. The situation is being monitored constantly, according to ESHRE chair Cristina Magli, and returning to ‘normal’ is not an option for the foreseeable future.

However, in many cases there has been little or no effect on output, especially where activities have been growing over time, as in guideline development. And other positive news in face of the pandemic includes a rising membership, greater access to learning activities via virtual platforms, and journal submissions suddenly spiking.

Magli is eager to emphasise that resilience is key. She says: ‘We’re still in a learning curve and the pandemic continues to affect our way of being. But the message for all of us is not to surrender to it.’

Guidelines
The pandemic has in no way affected ESHRE’s ability to develop high-quality evidence-based guidelines or to collect ART and PGT data. ESHRE guidelines remain in full development, in female fertility preservation, ART and viral disease, embryo transfer, and unexplained infertility – the first from the list published in September. Recommendations soon to be published include those on ectopic pregnancy and the ethics of extended carrier screening - with many others in the earlier stages of development.

Although ESHRE’s head of communications Christine Bauquis acknowledges that online meetings are no substitute for live communication, and that questions remain about the efficiency of remote working, she’s confident that outcome in terms of quality remains the same. She notes that ESHRE remains very busy with no let-up in new activities and opportunities. The journal club on Twitter goes from strength to strength, while ESHRE’s research support has been recently extended with two new grants related to COVID-19. So the programmes of activities and educational events have hardly been affected – if anything, says Bauquis, they have increased and are even more accessible because they’re online. ‘All that’s changed is that we’ve adjusted the format,’ she says.

Professional responsibilities
A virtual format is also likely elsewhere to assist ESHRE with its professional responsibilities, for example, in clinic inspections for Centre Certification for Good Practice. This novel approach would involve an inspector carrying out an assessment without visiting a clinic in person. Instead, they would ‘see’ inside the lab using a link on their smartphone or laptop, with high-quality camera images sent to the inspector in a continuous stream via a web platform. Documents necessary to complete the inspection would be submitted by the clinic in advance and shown virtually on the day. This method has already been tested in Magli’s own lab in Bologna (where certification was recently approved), and a decision will soon follow on whether this will become standard practice.

Inevitably, travel restrictions have interrupted this year’s certification exams for clinical embryologists. These and other exams have been postponed to 2021, but those accepted for 2020 need not reapply.

Journals
During the UK lockdown ESHRE’s journal editorial team worked from home to ensure that publication of the four titles continued uninterrupted along with the assistance of some 8000 peer reviewers around the world. The fact that contributors were also working from home might explain a significant rise in submissions, a notable trend evident for many other journals - possibly because authors have more time to concentrate on writing, says Nils Lambalk, editor-in-chief of Human Reproduction. Indeed, in July HR itself passed a milestone of 1000 submissions in 2020, which last year was reached only in September. Each month from March to the end of May saw comparative increases on the same period last year for HR, with an approximate 35% increase since March to date over previous years. Although many clinicians and scientists are now back in their hospitals and labs, there appears to be no sign of any decline, says Lambalk, who speculates it may happen in time but certainly not yet.

Surprisingly, the number of COVID-19-related submissions is very small (around 50 in total) and few have passed the quality thresholds promised in the April editorial of HR. Those that did make the grade were fast-tracked into the production schedule and published without delay. ‘We continue our commitment to welcome contributors with high quality COVID-19-related work,’ says Lambalk.

Education
Special Interest Groups are still the ‘engine’ of ESHRE, according to Magli, and with this in mind a structure to continue their work is now in place. Webinar sessions have increased and Campuses are now taking place virtually on the eCampus platform, an approach that will continue at least into 2021. Registration fees have deliberately been kept low – 10 euros for webinars and up to 50 euros for Campus courses – to increase member recruitment, with a further attraction of professional development points for attendance at webinars and Campuses.

However, adopting such novel approaches should not come at the expense of undermining the ESHRE brand, says Magli, with efforts made to differentiate ESHRE offerings from those of other organisations. Hybrid events are now a real possibility for the foreseeable future, where some activities occur face-to face while being simultaneously live-streamed, although the cost of hiring a venue which might then be only half occupied could prove a barrier.

Reaction to the virtual 36th annual meeting was largely positive, despite some initial technical problems, and figures indicate attendance online was at some times more than 12,300 - compared with 12,003 registered for the 2019 Vienna meeting. What hasn’t been decided yet is the form which the 2021 meeting scheduled for Paris will take. Three options are under consideration: a virtual, hybrid, or an entirely live meeting.

This year’s annual meeting, in order to boost participation, was free for members, ‘a winning strategy’, says Magli, which has contributed towards a ‘terrific increase’ in membership. At 30 June, membership stood at 9537, an increase of 41% on last year's figure and an all-time record.

Finances
There is no escaping the impact on finances of adjusting from a live to a virtual annual meeting. The event is ESHRE’s greatest source of income (and expenditure) and there’s been an inevitable cost – such as refunding attendance money and in cancelling the venue. Hence the 2020 budget was modified to reflect this and other effects of the pandemic. For the first time in five years ESHRE’s budget for 2021 projects a negative balance of 1.8 million euros. But the reassuring news from managing director Bruno Van den Eede is that this gloomy outlook does not add up to a financial crisis, but does underline the need for new sources of income.

Even before the pandemic, the Society was drawing up action plans on new ways of working to ensure that ESHRE continued to meet the needs of members, for example by switching from paper to digital, as in the e-learning programmes or even Focus on Reproduction.

Magli says these plans formerly discussed are now being revisited and revised to meet the unprecedented impact of the virus. The hope is that this renewed thinking will enable ESHRE to withstand this and any future crises, but will also be the impetus to improve and evolve. ‘We’d all like to return to how life was before,’ says Magli, ‘but we can only go forward – and to do this we must make ESHRE relevant and react in a way that’s positive.’ Stepping into the unknown: how ESHRE moved to a virtual congress