A decade of ESHRE evidence-based guidelines 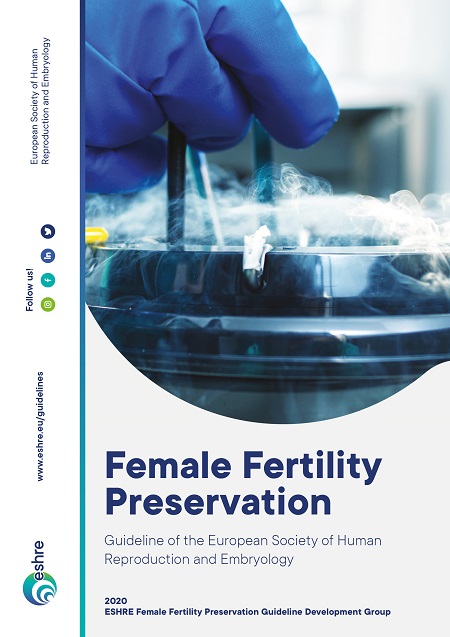 It is now ten years since ESHRE embarked on its formal guideline programme. During that time six evidence-based guidelines have been published – the latest in female fertility preservation – and ten good practice recommendations. We talk to research specialist Nathalie Vermeulen about ESHRE’s progress so far.

Practice guidelines are today as common a part of the doctor’s toolkit as a stethoscope and thermometer. They emerged in quantity in the later decades of the last century, growing in number as medicine became more costly, more diverse, more age-related, and more technological. Their aim, as the US Institute of Medicine said in 1990, was via ‘systematically developed statements’ to set consistent standards of care and close the gaps between diagnosis, treatment and evidence. The Netherlands, for example, was by 1987 issuing around ten guidelines per year through a rigorous procedure of literature search and analysis, consensus discussion and planned implementation.

So it was no surprise, as more and more professional organisations took on the responsibilities of guideline development, that the initiative for ESHRE’s own systematically developed guidelines should come from two Dutch doctors then at the helm of ESHRE’s SIG Safety & Quality in ART, or SQART. That prompting was more than a decade ago, and the first guideline to be developed according to a thorough ESHRE methodology came in 2013 in the management of endometriosis. Today, six evidence-based guidelines later, the latest publication from this increasingly important ESHRE activity is in female fertility preservation.

Of course, before that turning-point ESHRE had produced recommendations and consensus statements. Indeed, ESHRE’s joint 2003 consensus with ASRM on the diagnosis of polycystic ovary syndrome – the ‘Rotterdam criteria’ – remains the most cited publication of Human Reproduction. However, other ESHRE guidelines had not been so successful and those published up to 2007 had been the subject of a quality evaluation by several ESHRE members, two of whom – Willianne Nelen and her colleague in Nijmegen Jan Kremer – would later go on to develop the systematic methodology for ESHRE guideline development. And the understated verdict of that first evaluation? The methodological quality of the ESHRE guidelines ‘can be improved’.(1)

That report prompted a reaction from ESHRE’s executive committee, which in turn led to a Campus meeting in 2009 at Nelen and Kremer’s hospital in Nijmegen to discuss the results and propose a plan of action. Following this meeting, Nelen and Kremer would write the first draft of ESHRE’s manual for guideline development and encourage the Society’s investment in the appointment of in-house research specialist – under the initial supervision of Willianne Nelen - to take responsibility for the programme. That came in 2010 with Nathalie Vermeulen’s appointment, and this marked the beginning of ESHRE’s formal guideline activity which from then would be pursued according to a detailed methodology and the specialist input of the SIGs.

Since its approval in 2010, the manual has been updated twice (the latest in 2017), but its principles remain faithful to the 12-step process set out in the original text: topic selection, development group formation, scope, key questions, evidence search, evidence synthesis, recommendations, draft text, stakeholder review, approval, publication, and revision.(2) That manual, says Nathalie Vermeulen, who is now marking a decade of guideline development with ESHRE, was based on similar manuals from other professional organisations, including the cardiology societies (where blood pressure targets seemed in a constant state of flux), the WHO and NICE in the UK. But its essential methodological components were those set out in an instrument for the Appraisal of Guidelines for Research and Evaluation (AGREE) to evaluate the process of practice guideline development and the quality of reporting.(3)

So, inspired by the manual and the new ESHRE programme, the SIG Endometriosis was first in line to seek an update to its 2005 guideline with a formal methodology and exhaustive literature search. ‘It was not easy,’ Nathalie recalls. ‘Although the manual details were in place, the practical knowledge of how to complete the process was missing. All the literature studies had to be redone and recommendations revised. I remember a meeting in London, where we looked meticulously at the different studies, hoping to make some sense from the data and reach “clinically relevant” recommendations. In the end, that endometriosis guideline took almost three years to complete, but the knowledge we gained was immense.’

Since then ESHRE has approved evidence-based guidelines in:
* Routine psychosocial care
* Premature ovarian insufficiency
* Recurrent pregnancy loss
* Ovarian stimulation
* Female fertility preservation (4)
The guideline summary papers in Human Reproduction and HROpen have been cited more than 1000 times, with most citations (777) from the endometriosis guideline.

In 2019 ESHRE introduced a second tier of guideline documents, following the lead inspired by ESHRE’s 2015 paper on good practice in IVF laboratories. ‘The aim of these recommendation papers was to support good practice in areas where guidelines are not feasible,’ explains Nathalie. ‘The idea was practical advice, but without the many methodological steps of the evidence-based guidelines. Where possible, the recommendations are based on best evidence, but also on the expertise of working group members.’ So far, good practice recommendations have been published for surgery in endometriosis, oocyte retrieval, time-lapse technology, and PGT. In late production are recommendations on ectopic pregnancy (now approved by ESHRE’s executive committee) and the ethics of expanded carrier screening – as well as full evidence-based guidelines on ART and viral disease, embryo transfer and unexplained infertility.

But the task of their production remains as tough as ever, not least because ‘evidence’ – at least, high-grade evidence – seems as hard to identify as ever. Many recommendations now are supported by no better than ‘conditional’ evidence, a trend apparent in numerous recent Cochrane reviews and meta-analyses, where many results are reported as inconsistent and weak, and unable to guide strong conclusions. A trend also highlighted in the controversies on adjuvant treatments, where few are introduced – and promoted – behind the strength of unequivocal evidence. There have even been calls for a rethink on gold-standard evidence, with some suggesting a more relevant evaluation can be derived from individual patient data analysis than from RCTs alone.(5)

And it needn’t just be the quality of evidence at the heart of disagreement. ‘The guideline on psychosocial care from the SIG Psychology was extremely challenging,’ Nathalie recalls, ‘and not just because of limited evidence and a methodology not well suited to the topic. But for me personally, the heated discussions we had with the psychologists on specific words and terminology was a real challenge.’ Those problems, of course, were resolved, and the guidelines move on. Indeed, studies show that on average guidelines remain relevant and current for about four years. ‘At that point,’ says Nathalie, ‘it’s likely that recent data might change the recommendations. We are indeed updating the endometriosis guideline – in fact we’re completely revising it - and an update of the POI guideline is in the pipeline.’ With Nathalie Le Clef and Saria Mcheik in support, there are now three research specialists running the programme in ESHRE’s central office.

And the programme too continues to anchor ESHRE’s place as a reference point in the science and medicine of reproduction. ‘Guidelines also play a major role in ESHRE’s other educational activities,’ says Nathalie. ‘Presented in different Campus courses, used as teaching material in the certification programmes. But in our fast-moving field they remain the references for best practice. And at the local level even used as the basis for national guidance and legislation.’