Making a case for polygenic risk screening in embryo selection 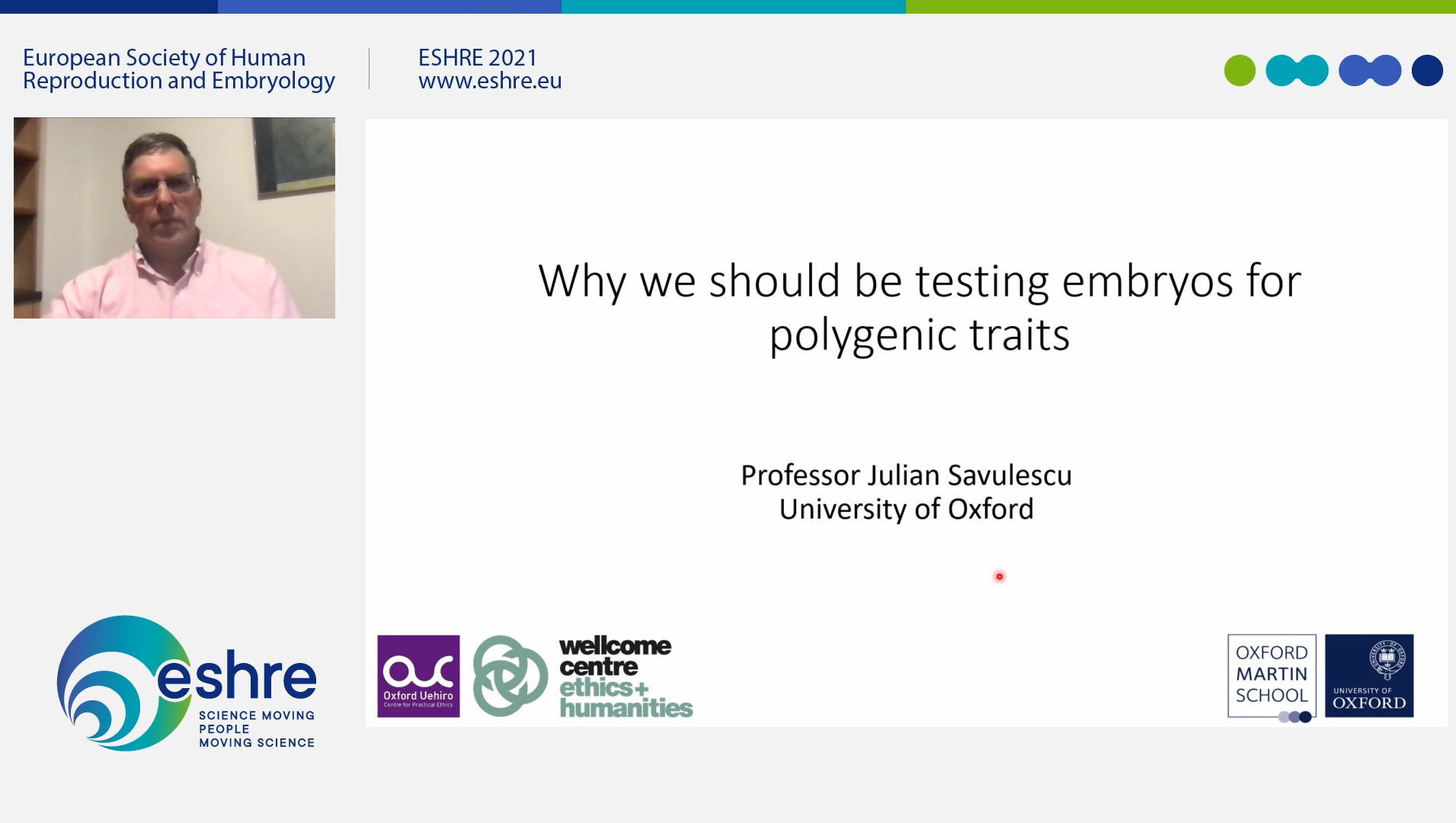 A controversial session on the role of polygenic risk scores to predict the future health of embryos raised more questions than answers, not least about the reliability of prediction based on genome-wide associations for genetically complex diseases.

It was only the third day but it seemed that the most controversial session of this four-day Annual Meeting took place at 08.30 that very morning. This was a two-part session on polygenic embryo screening, a concept which has already risen with little trace from the genetics lab to commercial venture and already earned itself the sobriquet of PGT-P in the new lexicon of ART. And with its rise has come the inevitable anguish and anxiety – ethical, legal, and of course scientific. Not the least of many questions asked from the virtual floor of this session was just how accurate the prediction of an embryo’s putative health might be from a ‘risk score’ calculated from a battery of SNPs and genome-wide association studies.

The bioethical case in favour of testing embryos for polygenic traits came from the Oxford moral philosopher Julian Savulescu, who, after running through several everyday examples of how couples make ‘selective’ decisions for the future well-being of their future child, based his case for polygenic testing on three ethical premises: first, that choosing not to select is wrong; second, in consistency with the idea that couples already ‘maximise the environment’ for their child (by deferring conception, for example); and third that selecting for well-being is no different from selecting to avoid disease (as in current PGT).

Of course, as Savulescu made clear, there is as yet a massive difference between the accuracy of PGT-M (for a single monogenic disease) and a polygenic risk score for a disease as genetically complex as CVD or Crohn’s disease. Nevertheless, as Savulescu also implied, if PGT-M is supported for the one, why not PGT-P for the other? Yet even now the companies offering polygenic risk scores direct to the consumer as a predictor of embryo health are already out there, basing their results on no more than a saliva swab and a bank of numerical indicators drawn from multiple genetic markers.

Despite this commercial opportunism, Savulescu said the true clinical applicability of PRS was still ‘five to ten years away’, with many problems still to be resolved – not least that much of the ancestry data on which the risk scores are based remains predominantly of European origin. And then of course, as the floor questions implied, there remain the no small matters of ethical consensus, legislation and regulation, and public acceptability (not least of which – again as suggested from the floor – was the fear of eugenics and the wider concept of ‘precision reproduction’). However, Savulesco’s ‘biggest challenge’ to acceptability was in a concept he termed ‘value pluralism’, by which there is little public agreement on which conditions carry the greatest weight of morbidity – and, by extension, which indeed might be the ‘better’ embryo.

So far, he concluded, the threshold for using polygenic risk scores is lower than in the care of ‘existing persons’ (and presumably lower than for PGT-M for reasons of reliability), but there remains an ethical argument in favour of PRS in the concept in ‘procreative beneficence’ and in its ‘massive public health benefits’.

Meanwhile, this whole question of reliability and accurate prediction was briefly (though never simply) summarised by Dr Shai Carmi, a population and medical geneticist from the Hebrew University of Jerusalem. His case was that an embryo’s relative risks of future disease can indeed be calculated, but that complex calculation depends on a selection strategy based on the accuracy of the initial risk score, the number of embryos available and the status of parental disease.(1) Moreover, as the session’s joint chair Rita Vassena made clear, a ‘large’ reduction in relative risk (such as 50%), which Carmi claimed, may in terms of absolute risk be quite small. Even this concept, agreed Carmi, ‘may be quite difficult to communicate’.