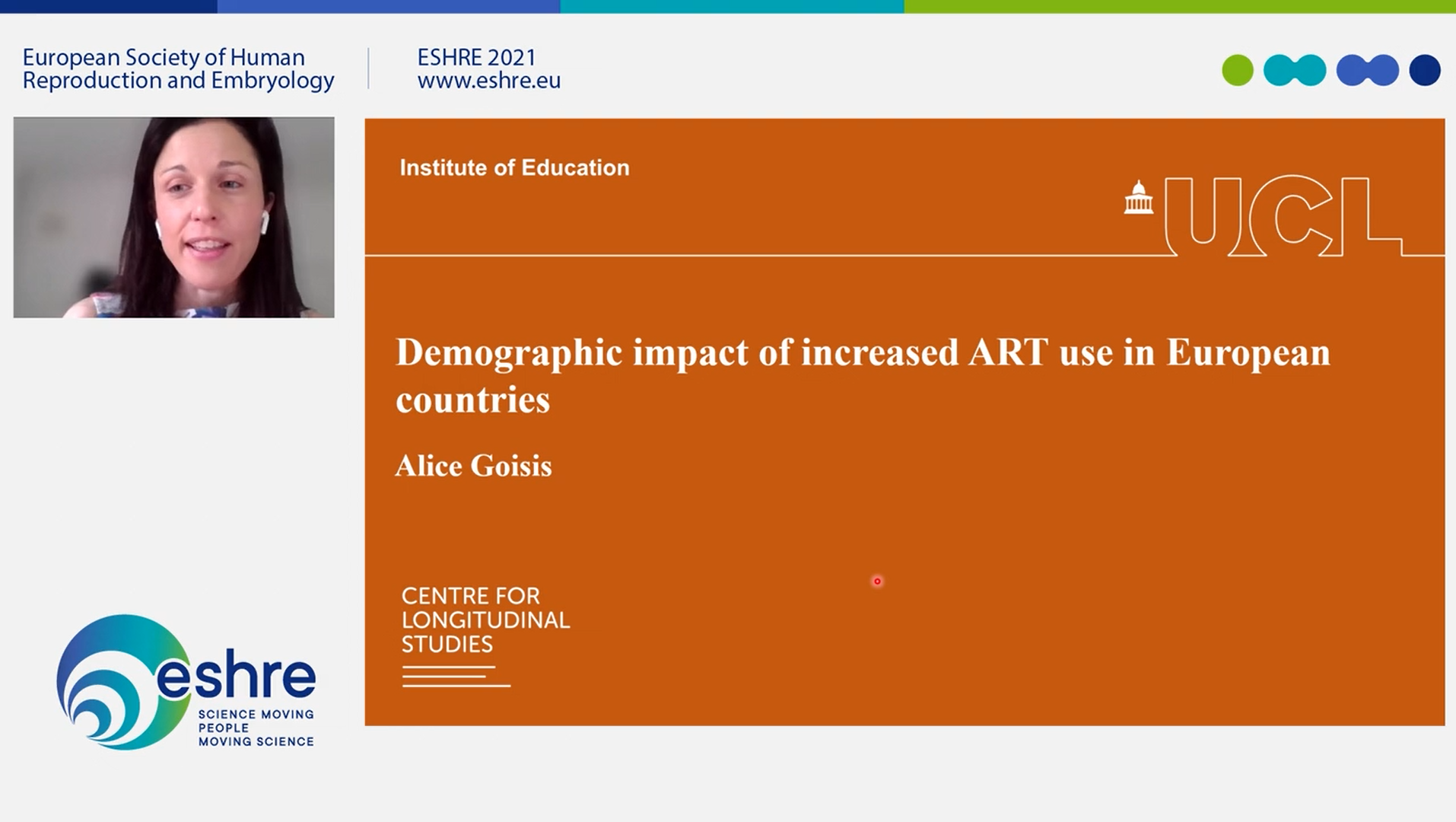 With fertility rates in most developed countries now at their lowest ever level, one Thursday presentation at this meeting asked what many are thinking: can ART compensate for these declining fertility rates and the continued postponement of childbearing.

‘ART is not a silver bullet,’ said London demographer Alice Goisis at the end of her presentation on the demographic effect of IVF treatments on languishing fertility rates. As part of a population policy, the net effect of ART may be ‘small’ and unlikely to offset the decline.

Yet the decline is real, and in some countries – such as Japan or Italy – falling to catastrophic levels. Indeed, most developed countries, said Goisis, now have fertility rates well below the 2.1 children thought necessary for demographic replacement. So what happened? Her first explanation was ‘late fertility’ and the rapid and recent trend for first childbirth at advanced parental ages – and this itself a function of education, careers, housing and ‘economic uncertainty’. The latest figures from Eurostat indicate that in Europe the average female age at first birth is now 29.3 years, and apparently over 30 in Spain, Italy and Greece.

However, while fertility rates decline the numbers of ART treatments – and children born – continue to rise. Figures calculated by ESHRE and ICMART suggest that more than 10 million IVF babies have been born since the world’s first and that in some countries, especially those with generous state funding, IVF-borns now account for large proportions of children. Indeed, said Goisis, ‘it's projected that 80 years from now between 1.4 and 3.5% of the world population will have been conceived through ART’.

So if fertility rates are in decline but ART on a rise, why can’t the one offset the other? At the ‘macro’ level, explained Goisis, there does indeed seem to be an inverse correlation, with the potential for positive effect. But at the micro ‘level’, looking at the details of ART births in any given country, it’s likely that any calculated overall effect of ART on population will be an overestimate. Some births would have occurred despite ART, and some would have been from multiple deliveries. So the contributor to an impact on population, she said, is a ‘net’ effect, not a simple registry report.

And the other big complication to these calculations is the unequivocal bias in treatment in terms of female age (towards older and ‘more subfertile’ women) and social characteristics, especially education. Data from her own 2020 study of ART births in Norway showed that the highest proportion were to women with higher education degrees. ‘So to understand the role of ART in affecting fertility rates, we need analyses which can stratify the data by socio-economic status.’ And in this context female age has an equally important demographic role. ‘Age remains a strong barrier to realizing reproductive intentions,’ she said, ‘but limits are being pushed by new technologies.’ So there is here something of a paradox in the estimates – that, while fertility rates are declining (and as ever with age), advances ART and a greater use of egg donation do encourage childbirth at later maternal ages.

But whatever this effect, it is only small, said Goisis, even if increasing slowly with the advance of treatments. ‘Recourse to ART can only compensate for a small part of the fertility rate reduction related to postponement,’ she added. ‘And views that ART might play a large part in restoring fertility rates are exaggerated, even if treatments became more effective.’ She added that any precise calculation of an effect, however small, is complicated by multiple births, overtreatment, and the postponement of childbirth simply because of ART availability.

So could ART provision be expanded as part of a country’s population policy? Probably not yet, said Goisis, and certainly not until there’s more evidence on the ‘socially stratified’ effects of ART. ‘We need to understand the financial, cultural and religious barriers in access before discussing whether and how ART availability should be expanded.’