At the crossroads of reproductive and regenerative medicine: new opportunities for preserving and restoring fertility In the opening lecture, Kirsten Macklon, Past Co-ordinator of the SIG Fertility Preservation, emphasised the risks of cancer, chemo- and radiation therapy on fertility. She further outlined current options for fertility preservation, including the cryopreservation of gametes, embryos and reproductive tissues. However, as she explained, timing, suitability and safety remain a significant challenge. Accordingly, fertility preservation technologies remain largely experimental in prepubertal children, patients requiring urgent cancer treatment and those for whom ovarian stimulation is contraindicated or unfeasible.

Michaël Grynberg, current Co-ordinator of the SIG, discussed his clinical experience with oocyte IVM. He highlighted the benefits of this strategy for restoring fertility in different patient populations, including young women with breast cancer and haematological conditions. He further reported on the first successful application of IVM in a patient with autoimmune premature ovarian insufficiency, performed by his group.(1) Thus far, oocyte donation has been the only available treatment for women presenting with this condition, as severe follicular loss and markedly elevated FSH levels preclude ovarian stimulation.

Antonio Pellicer presented an alternative strategy for treating women with POI and diminished ovarian reserve known as autologous stem cell ovarian transplantation (ASCOT). Pioneered by his group at IVIRMA, this method infuses bone marrow-derived stem cells into the ovarian artery.(2) Pellicer explained that stem cell-secreted factors may increase reproductive potential by promoting ovarian vascularisation, cell proliferation, and reducing apoptosis. After promising results in animal models and low-responder patients, the ASCOT technique is now being evaluated in patients with POI as part of a clinical trial (NCT04475744).

Ovarian function may also be restored through cell-based hormone replacement therapy, an approach emerging from regenerative medicine. Emmanuel Opera’s group at Wake Forest University, North Carolina, is currently developing this method as a potential therapy for prolonged estrogen deficiency, as seen in women with premature ovarian failure and menopause. By encapsulating granulosa and theca cells in hydrogel constructs, the group bioengineered a 3D ovarian endocrine unit that mimics the spatial arrangement of follicular cells in the ovary.(3) Following implantation in ovariectomised rats, the constructs achieved stable secretion of hormones. Moreover, the constructs were effective in improving adverse effects of hormone deficiency, including bone and uterine health and body composition in the rat model.

Another promising strategy at the crossroads of regenerative and reproductive medicine is reproductive tissue engineering. This newly emerging field aims to construct reproductive tissues and organs in vitro. Lisa White from the University of Nottingham, UK, explained that the success of this approach will ultimately rely on generating the right culture conditions. She described how various biomaterials have been applied to replicate the architecture, mechanical properies and stimulatory factors of different tissues, pointing out that creating a cell-responsive environment remains the greatest challenge. White revealed that utilising the extracellular matrix (ECM) as a scaffold for tissue engineering may be the solution. She reported that ECM scaffolds can be synthesised through the process of decellularisation or used to generate hydrogels, a more flexible culture matrix. Nevertheless, both processes require extensive optimisation for each tissue. ‘We must deconstruct in order to reconstruct,’ she said, stressing that understanding reproductive tissues will be critical for future reproductive tissue engineering efforts.

Christiani Amorim and her group at UC Louvain, Belgium, have indeed adopted this approach. By deconstructing the human ovary, she revealed that changes in the rigidity of the ovarian ECM can have a direct effect on the behaviour of follicles. She presented her group’s latest findings on the ultrastructure of ovarian tissues from prepuberty to menopause.(4) Close examination of ovarian tissue samples across different ages revealed higher collagen and lower elastin levels in ECMs surrounding prepubertal follicles than in those obtained from reproductive-age and menopausal women. Such a stiff niche points to high levels of mechanical stress, leading to a nonpermissive environment for prepubertal follicle activation and growth. These factors will be important to consider when constructing ECM scaffolds for ovarian tissue engineering.

This Campus meeting also examined new research into male fertility preservation. Several promising techniques were considered, including in vitro spermatogenesis, the development of ex vivo and in vitro systems to generate functional testicular organoids, as well as microfluidic chips for the maintenance of testicular tissue. Stefan Schlatt from the University of Munster and a former Co-ordinator of the SIG Andrology gave a timely update on these state-of-the-art technologies. He explained that extensive efforts have been made in recapitulating the process of male gametogenesis in vitro; however, success will rely on understanding human germ line segregation, germ cell plasticity, soma-germline interactions and the spermatogonial stem-cell (SSC) niche. All of these processes still remain unclear, he said. A promising technology to bridge this research gap is ‘organ-on-chip’ technology. Schlatt’s group has applied this system to maintain human, monkey and rodent seminiferous tubules, a step forward in understanding the testis microenvironment.(6)

Ans van Pelt from AMC Amsterdam described potential options for restoring fertility in men from cryopreserved testicular tissue. Male cancer survivors are greatly predisposed to infertility because of the high sensitivity of SSCs to damage. This is especially devastating for prepubertal patients who cannot benefit from sperm cryopreservation. Although mature functional sperm cells are absent in young boys, a functional pool of SSCs is present from birth. Accordingly, propagation of SSCs from testicular tissue and subsequent transplantation into the testis has been suggested as a novel fertility restoration approach for infertile male cancer survivors. Van Pelt explained that this method has been successfully applied in the mouse model, although the in vitro propagation of human spermatogonia has proven challenging.(7) A major limitation is endogenous somatic testicular cell overgrowth during long-term culture. Nevertheless, this system has been valuable for unravelling the transcriptomic signature of several testicular cell types, an important step forward towards understanding human spermatogenesis.

Jan-Bernd Stukenborg from the Karolinska Institute in Stockholm discussed an alternative option, testicular tissue engineering. He highlighted the promise of organoid formation assays for studying spermatogenic events in detail. He described a 3D multilayer model developed by his group which allows the formation of rat testicular organoids with a functional blood-testis barrier.(8) These testicular organoids were composed of Sertoli cells and proliferating germ cells organised in spherical-tubular structures. Stukenborg’s group is currently evaluating this system in humans. He explained that testicular organoids may provide a simpler and more efficient means to identify unknown factors responsible for SSC propagation and differentiation.

While science makes progress, the meeting also stressed the importance of awareness and greater access to fertility preservation treatments. Mary Wingfield from Dublin thus emphasised the need for more comprehensive, standardised and accessible fertility preservation programmes. She revealed the alarming variation in the availability and accessibility of fertility preservation services across Europe, especially for paediatric patients – and as an example described the Childhood Cancer Fertility Project in Ireland. This initiative offers free gamete preservation to young adults before gonadotoxic cancer treatment and works to develop new methods to preserve fertility in children with cancer. She concluded her talk with the resonating message that all children, adolescents and adults at risk of infertility deserve a service that is safe, comprehensive and accessible. As reflected in this ESHRE Campus, achieving such a goal will ultimately rely on a collaborative, multidisciplinary approach. Certainly, much can be gained at this valuable crossroads of science, technology and medicine. 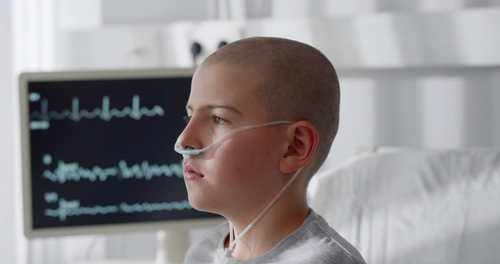