Kim Harley presented this year’s Human Reproduction keynote lecture on the link between endocrine disruptors in body-car products and the timing of puberty.

The study for this year’s Human Reproduction keynote lecture to open the annual meeting found a link between phthalates and other endocrine disrupting chemicals in body-care products and the timing of puberty in girls.

However, Harley emphasised that some regulators, including the EU, have taken action to ban their use and continue to do so. Consumers can also decrease their exposure by not buying products containing these chemicals. ‘If you want to lower your exposure to these chemicals, being a savvy consumer and buying products without them is the way to reduce exposure,’ she said. Harley, from the University of California, Berkeley, reported that the timing of puberty in girls has been getting earlier throughout this century. A meta-analysis published in JAMA this year showed that age at onset of breast development has decreased by one year over the past 40 years.
The global obesity epidemic is behind an increased BMI in childhood, although this, Harley pointed out, ‘doesn’t seem to explain everything’. Another factor could be the endocrine disrupting chemicals which block, mimic or alter natural hormones and are found in cosmetics and personal care products such as sunscreen, shampoos and make-up.

Harley’s group in the USA has analysed the impact of seven of these phthalates, phenols and parabens – monoethyl phthalate (MEP), mono-n-butyl phthalate, mono-isobutyl phthalate, methyl and propyl paraben, triclosan, benozophenone-3 and 2.4, and 2.5-dichlorophenol. The report, published in Human Reproduction in 2019, is one of only two published studies to examine prenatal exposures to low molecular weight phthalates in relation to pubertal timings in children.(1) It received the largest number of full-text downloads for any paper six months after publication in Human Reproduction between July 2018 and June 2019, and thus selection for this annual keynote lecture.

The research was based on the CHAMACOS (Center for the Health Assessment of Mother and Children of Salinas) longitudinal birth cohort study, which recruited 601 pregnant women between 1999 and 2000. The majority were Latina, from a farmworker household and living below the federal poverty threshold. A total of 339 children (159 boys, 179 girls) were followed through pubertal assessments conducted every nine months between nine and 13 years of age. Height, weight and body fat measurements were taken, and breast development (palpation), pubic hair development and testicular volume (orchidometer) assessed. Paraben and phenol concentrations were measured in urine from the mothers (prenatal samples) and the children (peripubertal samples), and phthalate metabolites in prenatal samples only.

Could BMI have been a factor in these findings given that about 65% of the US population is overweight or obese at age nine? The short answer is ‘no’, said Harley – ‘any association with earlier puberty and increased BMI is independent’.

Not unsurprisingly, the picture in boys of pubertal milestones and chemical exposure was different from girls. The only statistically significant finding was an association of earlier (-1 month) genital development with higher peripubertal propylparaben concentrations. This lack of association overall was not unusual, said Harley, given that endocrine disruptors – with their estrogenic properties – work differently in males.

Reasons cited for caution around in these findings include a need for replication in other studies and the possibility that higher exposure in young girls may reflect their greater use of paraben-containing products.

The positive news from Harley’s presentation is that the body burden of these chemicals is reducing in some instances. National Health and Nutritional Examination Survey (NHANES) data show significant MEP and triclosan decrease in urine over the past decade, and some reduction in methylparaben – and a greater general and regulatory awareness of their potential adverse effects 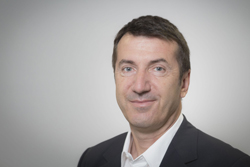