Anorexia nervosa and risk of complications in pregnancy 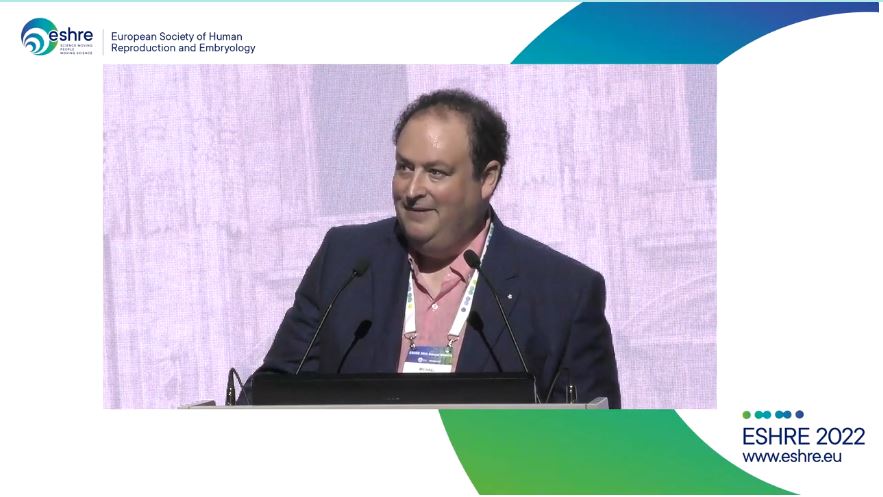 Findings from a retrospective population-based study show and association between the severe eating disorder anorexia and a substantially increased risk of adverse pregnancy outcomes.

Women diagnosed with anorexia nervosa are five times (500%) more likely on average to have small-for-gestational-age (SGA) babies, according to a comprehensive new study. Results presented at the 2022 ESHRE annual meeting also show a substantially increased risk (298%) of a premature birth and more than treble the likelihood (341%) of placental abruption, when compared with mothers without anorexia.

The analysis was based on data from more than 9 million women living in North America both with and without anorexia, a severe psychiatric disorder characterised by self-starvation and malnutrition. In presenting the data, Dr Michael Dahan from McGill University, Montreal, said that the incidence of SGA newborns in the anorexia group was ‘unexpected and striking’ when compared with outcomes for healthy weight women.

Dahan said the results of the study conveyed a serious health message about management of such patients during and after pregnancy. Women with anorexia who are planning to get pregnant, he added, should be encouraged to seek and arrange for support before they conceive, and those who use fertility services should be screened for anorexia prior to treatment.

Eating disorders can have an impact on cycle regularity, but women with anorexia do conceive naturally or with the help of fertility drugs to stimulate ovulation. In his presentation, Dahn referenced a systematic review from 2021 which found that the prevalence of current eating disorders range from 0.5%-16.7%, with anorexia reported in up to 2% of patients, and a history of anorexia in up to 18.5%.

Yet other evidence, he said, based on a survey of fertility doctors showed that only a small proportion (35%) who responded said they routinely screened for eating disorders. Those who do are faced with the dilemma of treating women who are undernourished or, by refusing to do so, possibly preventing these patients from parenthood.

Dahn and his group, including lead author Ido Feferkorn, used data from a large publicly available database of US hospital inpatient care records. All deliveries between 2004 and 2014 were included which related to women with a diagnosis of anorexia during pregnancy (n=214) and those who did not (n=9,096,574). Age range was from under 25 years to age 35 or older. The criteria for an anorexia diagnosis were based on the Diagnostic and Statistical Manual (DSM) definition, which includes a refusal to maintain body weight at/or above a minimally normal weight for age and height.

Overall, results showed significant adverse pregnancy outcomes for women with anorexia. In addition, they showed that these individuals were more likely to have another psychiatric problem in addition to anorexia, such as an anxiety disorder (15% vs 0.9%), bipolar disorder (6.1% vs 0.5%) and depression (8.4% vs 0.4%). They were also likely to be smokers, to have thyroid disease, to be white, or of higher income. No difference was found in rates for other conditions which can affect women in pregnancy, such as hypertensive disorders or gestational diabetes. The proportion who needed a Caesarean section was similar (30.8% vs 32.3%) in both groups.

Although the study authors were unable to assess the severity of anorexia, nor compliance with treatment, Dahan said that the findings probably represented an ‘underdiagnosis of risk’ for women with the eating disorder.

His concluding message for the audience was that women with anorexia do conceive, and on this basis healthcare providers and specifically fertility specialists should be aware of ‘the magnitude of adverse outcomes’ related to pregnancy in women with anorexia.