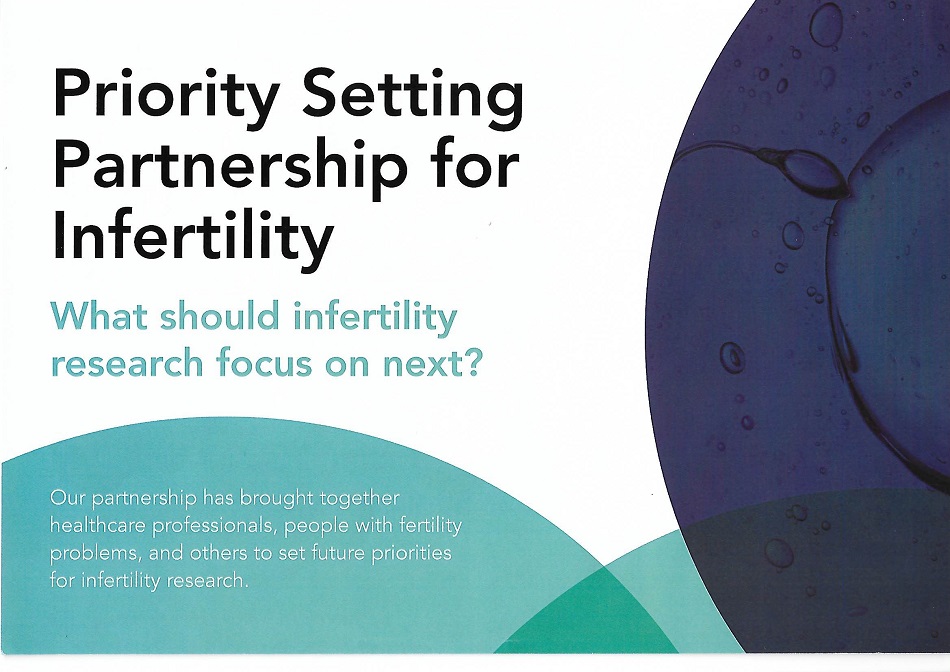 Vienna session organised by a 'priority setting partnership' for infertility unveils ten priorities for research in the four key areas: male infertility, female and unexplained infertility, assisted reproduction and the ethics of treatment.

Although infertility research is more active than ever, we are yet to unravel those fundamentals of research to improve its management, according to a 'priority setting partnership' for infertility. Research activity in reproductive medicine is overwhelming in size, congress was told, but unfortunately not in impact. One in six couples globally still struggle at sometime in their life to achieve a healthy pregnancy.

A large international consultation team has been formed to standardise what should be the focus of future research to tackle the unmet clinical needs in four key areas: male infertility, female and unexplained infertility, medically assisted reproduction and ethics including organisation of care.(1) This year’s Annual Meeting dedicated a session to introduce the top 10 research uncertainties per field as identified by the Priority Setting Partnership for Infertility, and recruited four speakers from its steering committee. The goal was to inspire research towards answering these pressing research questions.

The session was opened by the committee’s co-chair James Duffy of the University of Oxford, who described the methodology for identifying the research priorities. The project, explained Duffy, which is a collaboration between the Cochrane Gynaecology and Fertility Group, the University of Oxford and the University of Auckland, was realised in three steps. Initially, a gathering of research questions was organised, whereby 179 healthcare professionals, 153 infertile patients and 56 others from 40 countries responded to the call and were surveyed. The output was 423 potential questions, complemented by 236 more questions resulting from the critical assessment of 14 clinical practice guidelines and 162 Cochrane reviews.

An interim prioritisation survey was then performed asking the new responders to prioritise from a filtered list of 231 questions, which identified the top 15 priority questions in the aforementioned four key areas. It was at the consensus development conference last November where the final consensus was reached and which narrowed down the short-list to 10 research questions requiring immediate attention in each area.

The session was followed by a brief outline of these research priorities. Richard Legro of Penn State University was the first to introduce the top 10 in female and unexplained infertility research with the paramount question ‘Can age-related infertility be prevented?’ Madelon van Wely from Amsterdam University Medical Centre presented the top 10 research priorities in medically assisted reproduction, some of which underlined concerns over optimal approaches for IUI, embryo selection, poor responders and even psychological impacts of treatments. As Van Wely pointed out, research so far has focused on addressing the psychological impact of infertility but we still have no evidence about the emotional impact of repeated fertility treatment failure.

Siladitya Bhattacharya from the University of Aberdeen reviewed priorities in male infertility research, a 'much ignored' subject which has so far been “unfairly marginalised'. Not surprisingly at the top of Bhattacharya's list was the question of whether sperm can be evaluated by tests other than those of standard WHO parameters. The potential of environmental factors in the cause of infertility appeared as a top three priority - and Bhattacharya stressed that the amount of funding supporting this type of research had fortunately recently escalated.

Last was Barbara Collura of the National Infertility Association in USA who was 'proud to represent the patient’s voice' in consideration of ethics, access, and organisation of care. As she emphasised, 'three of the ten top priorities have something to do with cost and access' and she urged researchers to work together towards minimising the financial conflict of interest in ART.

The presentations closed with a note from co-chair Professor Cindy Farquhar of University of Auckland who hoped that 'many of you here will decide to take up these priorities in your on-going research'. As expected, the audience responded actively to publication of these priorities for future research, with numerous comments and questions. This session was intended to inform and inspire reproductive researchers to shift their activity towards these top priority directions but only time will show if this has been achieved.

* Find out more about the Priority Setting Partnership for Infertility at http://tiny.cc/qhte8y