Conventional semen analysis according to WHO manual parameters is limited, with no consideration of testis function or sperm quality. Madelon Van Wely of the Academic Medical Centre University of Amsterdam reviewed current evidence in support of sperm DNA fragmentation testing in ART.

Although sperm DNA damage is prevalent in men with infertility, its aetiology is poorly understood. A response to various effectors - including pollution, stress, lifestyles, varicoceles and poor overall health -may all contribute to sperm DNA damage. But how is sperm fragmentation assessed? And, importantly, are the different methodologies used able to influence its diagnostic impact?

Madelon Van Wely explained the different techniques (sperm chromatin structure assay or SCSA, Comet, TUNEL and sperm chromatin dispersion or SCD) commonly used for diagnosis, and raised the enigmatic question of whether DNA-damaged sperm differentially affects the outcomes of ICSI or IVF. A 2017 meta-analysis (Simon et al) of 56 studies associating sperm DNA damage with clinical pregnancy found that sperm DNA fragmentation did have a negative effect on clinical pregnancy following both IVF and ICSI, but only when the diagnosis of fragmentation was done by SCD, Comet and TUNEL, but not by SCSA.

Similarly, a 2015 meta-analysis of six studies (Osman et al) showed that high rates of sperm DNA fragmentation, assessed by all methods except SCD, in couples undergoing ART was associated with a lower live birth rate. And Robinson et al in 2012 also showed that the incidence of pregnancy loss in the 16 studies meta-analysed was significantly associated with a high level of sperm DNA fragmentation, with the TUNEL assay apparently generating more robust results.

The findings from these studies may well suggest that selecting sperm cells and samples with lower levels of DNA fragmentation may result in better outcomes - more clinical pregnancies and live births, and fewer miscarriages. However, Van Wely cautioned that an 'association does not guarantee diagnostic accuracy' and to illustrate made a reference to a meta-analysis performed in 2008 by Collins et al, who evaluated the predictive value of sperm DNA integrity tests for ART pregnancy in 22 studies and 2162 cycles. The ROC curves were disappointing and all DNA damage assays had low specificity.

So if such tests are not yet reliable for clinical decision-making, what's to be done with patients with high DNA fragmentation in their semen? Van Wely pointed to a meta-analysis of Esteves et al from 2017 on five studies and 143 patients comparing DNA damage between semen retrieved with ejaculation or surgically extracted from the testis. The study found that testicular sperm was less DNA fragmented than the ejaculated, suggesting that testicular sperm rather than ejaculated sperm for ICSI may improve outcomes in cases where male partners have a confirmed high fragmentation level in the ejaculate. However, Van Wely described this approach as still too experimental for the risk it entails.

The take-home message at the end of her talk was to be 'critical', report trustworthy results and avoid misinterpretation. Optimising the methodology for semen assessment is high in the top 10 priorities list for future male infertility research, and it was clear from this presentation that research in this field of DNA sperm fragmentation should be approached with great responsibility. 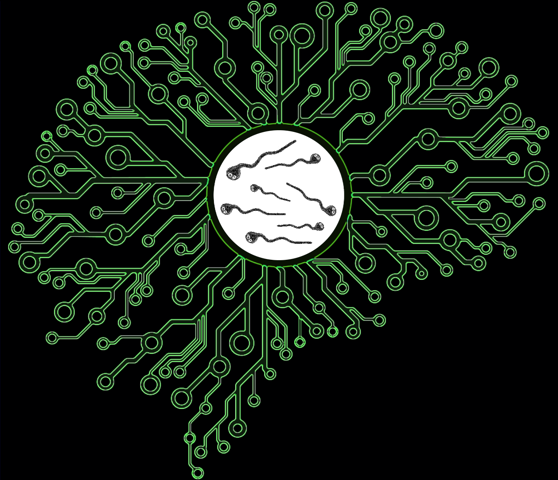 Machine learning in the prediction of sperm motility