Still a gap between hype and science in PGT-A 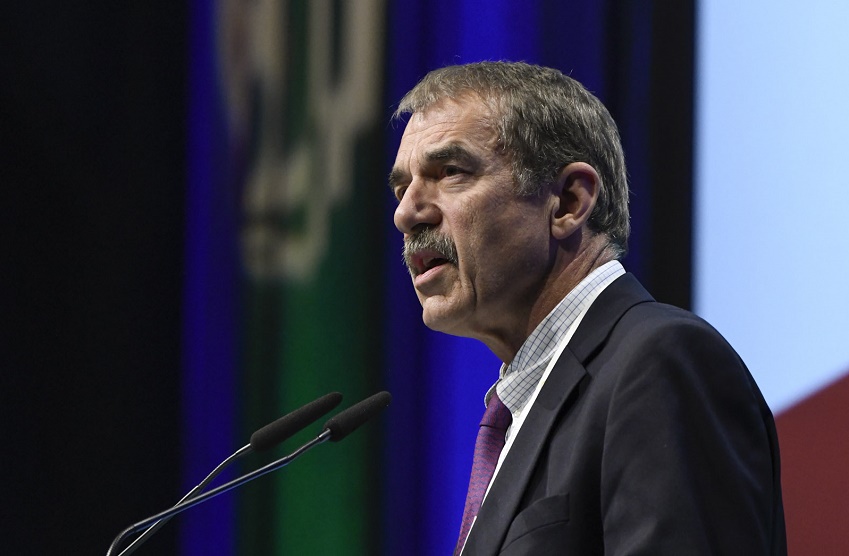 Richard Paulson, speaking at the ASRM exchange sessions, still identified hype in the presentaion of PGT-A

The benefits are being exaggerated and the costs underestimated by those promoting aneuploidy testing to clinics and patients. An exchange session with the ASRM urges caution.

The debate over the benefits of PGT-A, even in the USA, rumbles on. Richard Paulson, from the University of Southern California, said a true picture is not being presented because the primary source of data, especially for patients, is marketing literature - and this inevitably is selective about results.

While acknowledging that PGT-A improves outcomes for some patients, Paulson said that advertising, which clearly sets out an increased pregnancy rate from PGT-A per embryo transfer, is like 'Coca Cola saying it's better than Pepsi and not mentioning the corn syrup.'

The message from Paulson, a former President of the ASRM and speaking at an ASRM exchange session, was that this invasive technique, first used nearly 30 years ago, can be useful in specific cases, but not all. Useful cases would include chromosomal translocation, sex selection, or if the patient is aged 36 to 40 with many blastocysts. But Paulson argued that aneuploidy screening is unnecessary in younger patients (under 35) with a good prognosis, and definitely not of value for those with limited eggs, or for women over 40.

The difference between marketing claims and scientific reality is stark, said Paulson, with some promotional literature claiming a pregnancy rate per blastocyst transfer as high as 65%. However, the STAR trial found a rate of 51% for patients aged between 35 and 40, and the SART registry gives a figure of 50%. The picture is similar for time to pregnancy, with Paulson presenting evidence that PGT-A has no shortening effect.

An ongoing concern in PGT-A is embryo implantation loss caused by biopsy damage or clinics discarding euploid embryos because of false positives. A study published this year in Fertility and Sterility estimated this relative reduction in live birth as 5%, but using his own calculations, Paulson proposed it could be double this.

So given that marketing literature exaggerates implantation rates anyway, Paulson's 'optimistic' estimate was a loss of between 20 and 30%. This would be acceptable in certain circumstances, he said, but not in others. 'If you have a genetic disease, it may be worth losing this percentage of implantations or if you have more embryos than you need,' he explained. 'But it's not OK if you're over 40 with only few blastocysts - I wouldn't do PGT-A in these patients.' So counselling, he concluded, must not only focus on the benefits of PGT-A but also the downsides. He proposed that advice should outline to would-be parents that, in subjecting their embryos to testing, they could lose between 20 and 30% which might otherwise have implanted, and that the cumulative pregnancy rate will be decreased.