Richard Anderson introduces this Campus meeting to a full house in Edinburgh.

While some might now describe fertility preservation in adults with medical indications as routine, the same cannot be said for applying these same techniques in young patients. The differing factor is not just the development and proof of technique, but also the important ethical questions which such procedures raise in patients so young and so challenged by disease. It thus seemed quite appropriate that this very well attended Edinburgh Campus meeting in May was co-hosted by the SIGs Fertility Preservation and Ethics & Law.

Behind the ethical questions, however, is a clinical need which now seems beyond dispute. As the paediatric oncologist Hamish Wallace explained, there has been a dramatic upturn in survival rates from childhood cancers in recent years - presently at a five-year survival rate of 80%. And most of these survivors, said Wallace, want to know if they can have a baby. 'Fertility is the big question,' he said.

Assessing the risk of infertility
However, not all cancers nor all treatments will cause infertility, but Wallace was clear that a 'fertility deficit' does exist in survivors - which according to data generated in Edinburgh is approaching 40%. The biggest risk group appeared to be in young cases of cervical cancer but Wallace insisted that the risk was not necessarily related to diagnosis. For example, a cohort study of all young female cancer patients in Scotland firstly confirmed that the overall chance of pregnancy was lower in survivors of all cancer types, but especially so in women with breast, cervical and brain/CNS tumours, and leukemia.(1) A cohort study in Norway found a similar one-third fertility deficit in boys diagnosed with cancer.

In girls the risk of infertility from premature ovarian insufficiency is likely to be greater in those with a background of low ovarian reserve, so the question was asked if AMH might be useful in risk stratification - particularly if measured ahead of high-risk treatments such as total body or pelvic area irradiation. However, there was little enthusiasm for risk assessment via AMH: Wallace himself described it as unreliable, although one small study from Italy presented in a junior research session at the meeting did find that AMH and antral follicle count could each recognise an asymptomatic diminished ovarian reserve which was consistent with Wallace's own classification of risk.

Data presented by Melissa Hudson from the US Childhood Cancer Survivor Study, a retrospective cohort study with now over 24,000 male and female cancer survivors diagnosed before the age of 21, found that 6.3% of female cases developed acute ovarian failure within five years of diagnosis, with radiation to the ovaries (>10Gy) the greatest risk factor.

In prepubertal children the only fertility preservation techniques are ovarian and testicular tissue cryopreservation, which, said Professor Catherine Poirot from France, remains investigational, despite a long experimental record and several series reported. The most frequent types of cancer in the French cases described were those usually associated with young patients - leukemia, bone tumours and Hodgkin lymphoma. A review from Poirot's own group in Paris - covering 20 years of practice and said to be the largest series of its kind - reported that between 2009 and 2013 tissue was cryopreserved for 50 patients, whose mean age was 6.9 years.(2) However, during follow up, only three had requested transplantation of the tissue, one for puberty induction and the other for restoring fertility. So far, said Poirot, no pregnancies had been achieved.

In boys the risk of infertility is related to testicular radiation and chemotherapy type and dose, but assessing the true effect outside registry studies is limited, said Melissa Hudson, because of the difficulty of obtaining semen samples for diagnosis. Moreover, said Rod Mitchell from the Edinburgh group, while treatment strategies in adolescent males might also require sperm production, in prepubertal boys the target is testicular tissue and spermatogonial stem cells. The big question, however, is whether functional sperm cells can be generated from transplanted testicular tissue, and so far the only answer seems to lie in the single mammalian case of successful autologous transplantation recently reported from the group of Kyle Orwig in the USA.(3) His group's report described the birth of the world's first primate conceived from the sperm cells of prepubertal testicular tissue taken from the 'father' and then grafted beneath the scrotal skin of recipient youngsters. According to the reports, patches of tissue were producing testosterone within a year, and all the tissue strips recovered from the graft sites were making sperm. This approach, said Mitchell, presents the first realistic promise of fertility preservation in prepubertal boys and a marker in its favour. 'Clinical trials,' he added, 'are now warranted.'

The ethical challenges
However, if the clinical challenges seem huge, they are no less matched by the ethical questions raised by these procedures. Bioethicist Heidi Mertes from the Ghent Bioethics Institute and a Deputy Co-ordinator of the SIG Ethics & Law, proposed that within the traditional framework of medical ethics (autonomy, beneficence, justice) the challenge was effectively one of informed consent. And for that the requirements are that the patient is sufficiently informed, understands the information, consents or declines voluntarily, and is competent to do so. This may pose no problem for adolescents given age-appropriate information, but for younger children, said Mertes, where autonomous decision-making is impossible, alternatives will be necessary.

These demands are commonly met by transferring autonomy to the parents, who may take a paternalistic approach (to decide what's in the best interest of the child) and a shared decision with the doctor. Such possibilities, said Mertes, raise an ethical conflict in pitching a respect for autonomy against a detached interpretation of the best interests of the child.

The middle way, she added, is 'assent' (not consent), whose aim is to respect the values of the child without giving him or her full decisional authority. This 'shared decision-making' is preferable in cases where the principles of medical ethics pose an insurmountable challenge which is made even more complicated by the 'experimental and intimate' nature of the interventions.

* Just a few days after this Campus meeting a report in Human Reproduction described a series of treatments in 189 young males (with an average age 7.9 years) from whom testicular tissue was removed ahead of treatment likely to cause infertility (mostly malignancies).(4) Of the 189 patients recruited for the report, 137 had been analyzed for the presence of germ cells, which were confirmed in 132. However, the function of those spermatogonia was not tested. Significantly, the procedures were carried out in a 'coordinated network' of centres in the USA, which, say the authors, indicates that centralised processing and freezing of testicular tissue from multiple sites is 'feasible and accelerates recruitment', and with added statistical power. 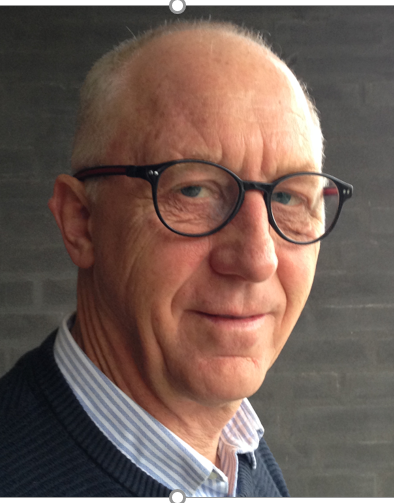