The durability of hands-on training and live surgery sessions Stephan Gordts, a former Co-ordinator of the SIG Reproductive Surgery, on a decade of Campus courses in Leuven.

It is now ten years since the SIG Reproductive Surgery organised its first Campus workshop in Leuven - in October 2008. With the increasing importance of endoscopy in reproductive medicine, there was a demand even then for more training.

In contrast to oncological surgery, where it is important that diseased tissue is completely removed, reproductive surgery must be as accurate and minimally invasive as possible, and must restore normal anatomy whenever possible. The challenges, therefore, to achieve high standards in reproductive surgery are very complex.

The originality of the concept of the Leuven endoscopy workshops has been the combination of hands-on training, attendance at live surgery sessions and relevant lectures. And still, after all these years, the template retains its attraction to students from all over the world.

During this decade 20 workshops have been organised attended by around 20-22 people per event. Those attending have had the opportunity to test their psychomotor skills, learn laparoscopic suturing and the navigation at hysteroscopy. Ultrasound has now an important place in reproductive medicine and become very helpful in some surgical procedures. indeed even mandatory in some of them such as operative hysteroscopy. So a basic training in ultrasound has recently been added to the course, which turned out to be a hit. Participants clearly understood the added value of ultrasound in their daily practice.

Over the years we could count on the generous participation of experts in the several fields of reproductive medicine and surgery. So I take this opportunity to thanks all of them, with special thanks to the Past Co-ordinator of the SIG Reproductive Surgery, Profesor Vasilis Tanos, for his continuous commitment in the training programmes.
It is with great pride that we can now can celebrate the tenth anniversary of these ESHRE endoscopy events in Leuven. Ad the upcoming courses are still mostly fully booked, a reflection of the need for these workshops and a motivation to carry on. 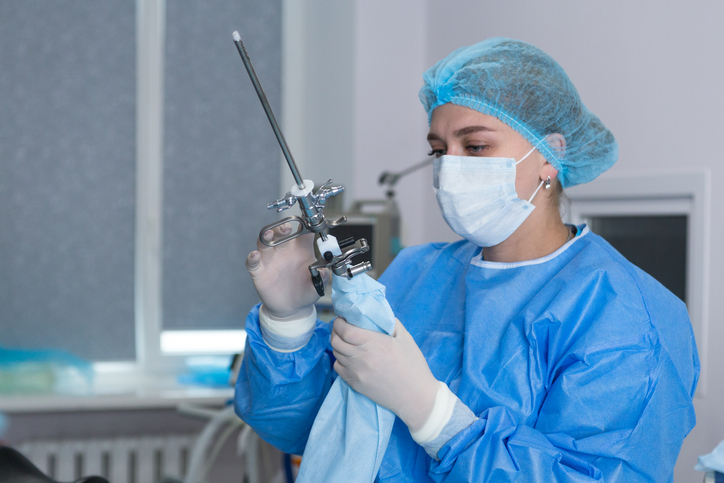